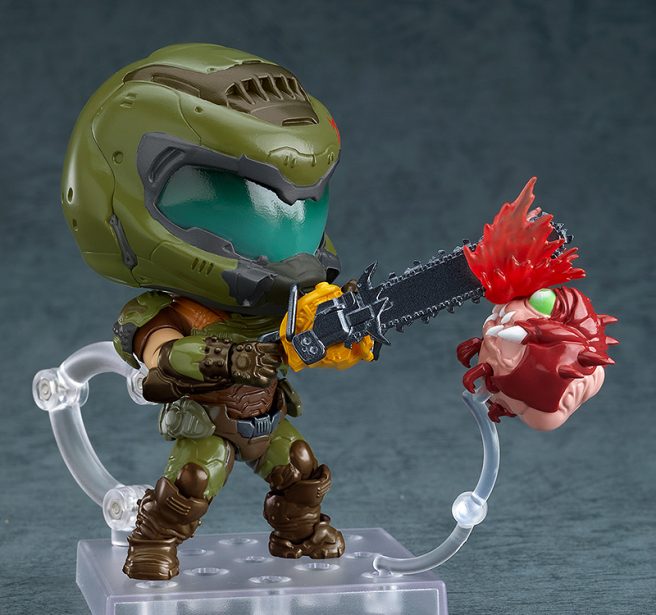 Doom Slayer from Doom Eternal is getting a Nendoroid, an we now have a proper look at the figure. Whereas it was previously revealed in prototype form, the final version has been shown, complete with color.

Here’s a bit of additional information about the Doom Slayer Nendroid, along with several photos:

From “Doom Eternal,” the latest entry in the classic FPS series, comes a Nendoroid of the main character, the Doom Slayer! The Nendoroid is fully articulated, allowing you to create a variety of action-packed poses.

Optional parts include the popular Super Shotgun and Chainsaw weapons along with the Crucible Blade and demon-slicing Doom Blade. Also included is The Equipment Launcher as well as a Flame Belch effect part and a blood splatter effect part for the Chainsaw. Additionally, a miniature Cacodemon is included to help recreate poses of the Doom Slayer ripping and tearing through his enemies. Be sure to add him to your collection!

You can pre-order the Doom Slayer Nendoroid on Play-Asia here. The site lists a tentative release date of May 31, 2021.