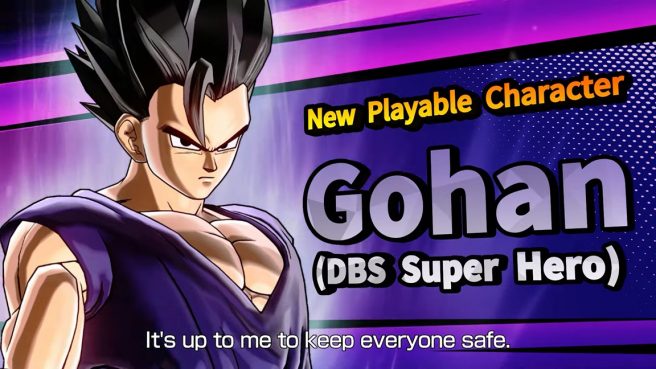 Two more DLC characters have been revealed for Dragon Ball Xenoverse 2, with Gamma 1 and Gohan (DBS Super Hero) joining the fray. Both will be included in “Hero of Justice Pack 1”. Gamma 2 will also be featured in the same DLC set.

Gamma 2 was announced in his own trailer last month. The video hinted at the inclusion of Gamma 1 as well, which today’s trailer officially confirms.

Dragon Ball Xenoverse 2, and Hero of Justice Pack 1 with Gamma 1, Gamma 2, and Gohan (DBS Super Hero) launches this fall. A second new DLC pack is also planned, though the specifics have not yet been provided.