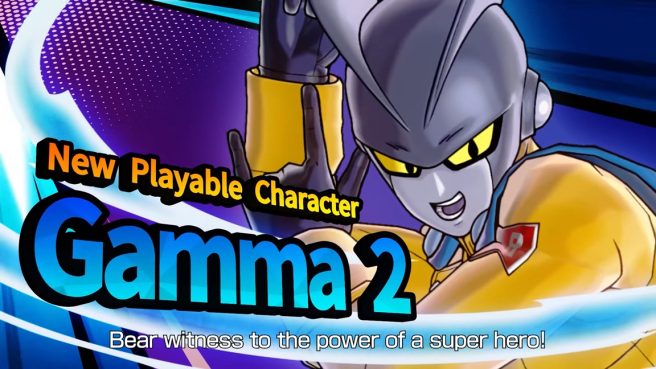 Gamma 2 is joining Dragon Ball Xenoverse 2 as a new DLC character, Bandai Namco has revealed. The news debuted during an in-game event just a short while ago.

As some fans know, Gamma 2 just appeared in the Dragon Ball Super: Super Hero movie and his moves have been recreated here. It also seems that Gamma 1 will be appearing based on a tease from a newly-released trailer.

Bandai Namco is preparing the Dragon Ball Super: Super Hero DLC Pack Set. In DLC Pack 1, which is planned for the fall, we’ll be getting Gamma 2 and two other characters. DLC Pack 2 will follow at a later date and will bring along three more DLC characters.

Dragon Ball Xenoverse 2 is currently available on Switch as a physical and digital release.