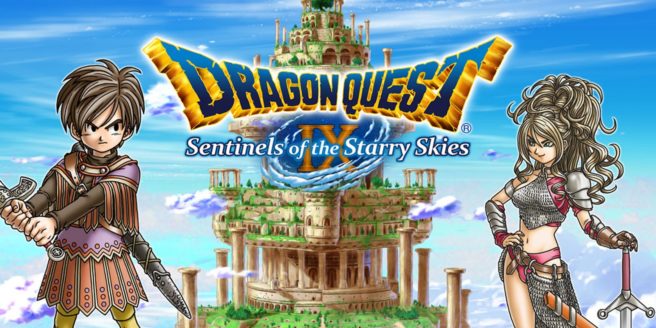 Dragon Quest IX celebrated its tenth anniversary today. In honor of the occasion, a few developers appeared during a live stream. Although no announcements were made, there was some interesting discussion about a remake (and a tiny bit about a sequel) which could be a possibility for Switch.

Siliconera wrote down some notes of what was said during the stream. Here’s a recap:

– Yuji Horii talked about wanting to do something with Dragon Quest that would take players outdoors
– He felt that Pokemon was able to beat him to the punch with Pokemon GO
– They talked about taking players outdoors brought back memories of Dragon Quest IX and its feature that basically worked like StreetPass
– Regarding a possible remake or sequel, they talked about which platform would be best for a remake
– They appear to lean towards both Switch and smartphones
– Based on the comments they were getting, about 80~90% were asking for it to come to Switch
– Horii suggested smartphones while discussing possible functionalities, but Level-5 CEO Akihiro Hino chimed in saying they could make things happen with Switch using Wi-Fi, too
– They also talked about how Dragon Quest IX looked a lot better to them back in the day compared to how they see it now
– Also acknowledged that fans would be happy to just get improved looks for the equipment
– Dragon Quest producer Miyake says Square Enix is always considering a remake for Dragon Quest IX but to them it’s a special title but if they were to do a remake or port they wouldn’t be able to decide on the platform at the moment
– Miyake also mentioned that there are a lot of people who only played through the story of Dragon Quest IX just once, so he thinks it’d be nice to have Dragon Quest IX that will allow players to simply enjoy its story, too
– Director Jin Fujisawa says he wants to hear more from fans that want a remake
– However, they don’t have any studios in mind as to who would take care of its development
– Level-5 President Hino jokingly mentioned that he could do it in a couple months, but in reality he says that it would take about a year, and that’s not counting any additional content
– The creators talked about whether they should add more to the story or just do a remake with added quests and such
– Hino added that back when he worked on Dragon Quest VIII and IX he told himself he’d never do a spinoff or remake, but now he’s like “Roger!” about doing one
– They wanted to remind fans that the talk session just for fun and nothing is actually in the works
– The brainstorming session about a hypothetical remake got their creative juices flowing, and they all appear pretty excited about the possibilities of getting it done in the near future