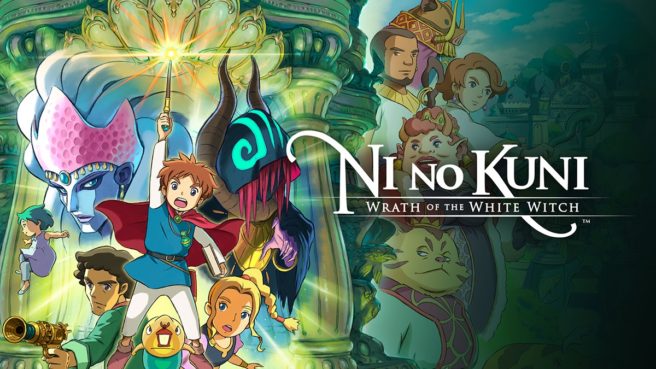 Switch has been home to a wide variety of ports over the years. One company involved in handling such projects is Engine Software, a team has been around for over two decades. It’s thanks to Engine Software that we’ve seen standout titles such as Ni no Kuni and Into the Breach. The developer’s efforts will also be bringing us The Legend of Heroes: Trails of Cold Steel III this spring.

Recently, Nintendo Everything spoke with Engine Software VP of development Ruud van de Moosdijk to learn more about the porting process. There was also discussion about working with Switch, challenges involved, and more.

Can you tell us a bit about the origins of Engine Software? How did the company initially come to be?

Well, before Engine Software the original founders including myself were active in the hobbyist/demo scene for the MSX2 home computer. During that time (we are talking late 80s/early 90s) we wanted to try our hand at game development so under the moniker of MSX-Engine we developed three indie games for the MSX2: Dizzy, DIX and DASS. People often comment they think our company name strange, since it implies we write game engines but you have to understand back then there was no such thing as ‘game engines’… the name was chosen as a reflection of the ‘core of the computer’.

After DASS we all went our separate ways, some went to university others got jobs and that was seemingly the end of it. Until a couple of years later we started talking about doing games professionally which in summary went like this: “Hey, I am thinking about dropping out of school…should we start a studio and make games professionally?” – “Ooh yeah, that sounds like a cool idea!” … and now, 24 years later, we are still here.

Engine Software has started to make a name for itself in recent years for porting games to Switch. How was it that the studio began to take on projects of bringing titles over to Nintendo’s console?

Engine has gone through multiple phases in its career. At first we started doing full original game development but since our publishing deal fell through when we were at about 70% development of our first commercial game (Corn Buster for SNES) we needed money. Thanks to some meetings at E3 we got the opportunity to work as a co-developer on several games for Gameboy Color (with Vicarious Visions). Those collaborations brought in such interesting projects and were financially solid so we specialized in that, continuing work with Vicarious Visions and several other developers.

With all the experience we gained through that we rebranded Engine as a handheld specialist developer, culminating in a whopping 52(!) titles developed for Nintendo DS. Unfortunately, with the changes in the market and the industry by the time the Nintendo 3DS came around, almost all of our clients were either disappearing, bought up, or no longer doing work-for-hire projects. So once again, we had to rebrand ourselves and we chose to go full multi-platform and that is when we first started doing ports. It definitely helped that our first project turned out to be a smash-hit by bringing one of the best indie games ever over to PS3, Xbox 360 and Vita: Terraria (we also did the PS4, Xbox One and Wii U ports later). We quickly made a name for ourselves and by the time the Switch came around our lifelong relationship with Nintendo helped tremendously getting our name out as THE experts for Switch ports.

Who usually reaches out to who during these situations? We’re curious as to how Engine Software became involved with The Legend of Heroes: Trails of Cold Steel III, for example.

There are a number of ways this happens; it is a very organic process. We work with a great agency (DDM) that often links requests from their clients with whom they deem the best developer for the job. Some projects – including Trails of Cold Steel III – are the result of previously working with a client, for example we worked with NIS America before on Killer7 and Caligula Effect: Overdose, and we worked directly with Cornfox & Bros on Oceanhorn 2 after doing all the ports for the first game. In other cases we reach out ourselves because we have seen something in development we would love to work on. Into the Breach is a good example of that… I am a huge fan of FTL: Faster than Light and after running into Matt and Justin at GDC we started working on the Switch version of their new game. We would like to keep embracing the indie scene and we actively scout at GDC for example for interesting games. You also must understand that we talk about way more projects than we do end up doing. Some don’t work out, some we say no to, sometimes people say no to us, or the timing could just be off.

Can you touch on what the actual porting process is like?

Everything starts with a technical evaluation of the source material: how old is it? Is it complete? Do we have the original tools? Does it use an engine that is still used? Does it run? After we establish that we do a second evaluation that is more design oriented…what changes do we need to make to put this game on this platform? Does it live up to modern UI/UX standards? What would we change or add if given the opportunity? How would the controls transfer from system A to system B? What are the risks when doing the port?

The rest of the process really flows out of the answers to all the questions during evaluation – and of course the clients wishes. Beyond that it really is different from project to project. Some are games that run in Unreal and we only have to get it to work on a newer Unreal version. Some are older games that were rendered in 4:3 that we need to get to work on 16:9 without distorting the visuals (like Killer7). One game was already made for a console so other than button assignments we don’t need to worry about controls, the next game is an RTS made for keyboard shortcuts and mouse and we spend months tweaking a controller scheme that works flawlessly (8-Bit Armies).