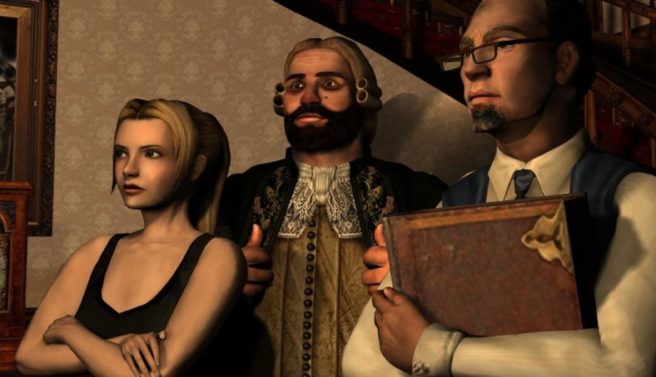 Nintendo and Silicon Knights’ GameCube title Eternal Darkness went through an interesting development cycle. It was originally planned for the N64, but ended up shifting to the GameCube. Silicon Knights was actually targeting release for the system’s launch, but that didn’t happen.

According to director Denis Dyack, Eternal Darkness would have been ready for the release of the GameCube. But after the 9/11 tragedy took place, some aspects had to be rewritten. Dyack visited Nintendo in Japan, spoke with Satoru Iwata and Shigeru Miyamoto, and had to ensure that any potential controversial aspects were changed or removed.

Dyack said the following in the latest episode of the IGN Unfiltered show:

“It was very historically based, and we had a crusader in the game. Back then, after 9/11, there was a lot of talk about a new crusade and lots of like… there was anthrax going through the mail, and people were like, ‘Anything with sort of Middle Eastern content, kill this game.’ And so we had to rewrite it and just remove all of that stuff. And there was nothing negative towards anyone – it was just a historical perspective about a fantasy game.

We would have made launch of the GameCube. We were on target, but we had to rewrite several stories in the game and pull all of that stuff out. That was very, very different. That was an experience.

I’m really happy to say that all of the people at Nintendo – Iwata-san, I really miss him, Miyamoto-san – those guys care about good games. I sat down with them, I flew down to Japan for all of this, and I just told them I think this game should be made, and they’re like, ‘Why? Can you do this? Can you guarantee you’ll pull all this content out?’ We went crazy and just pulled it all out, made sure it was all safe. We had like a million lawyers look at it, and it was very tough. But in the end it worked out, and I don’t think the story stuff suffered. People remember it as it was intended, so it’s good. It was a good experience, but it was pretty… like I said, making video games: very hard.”