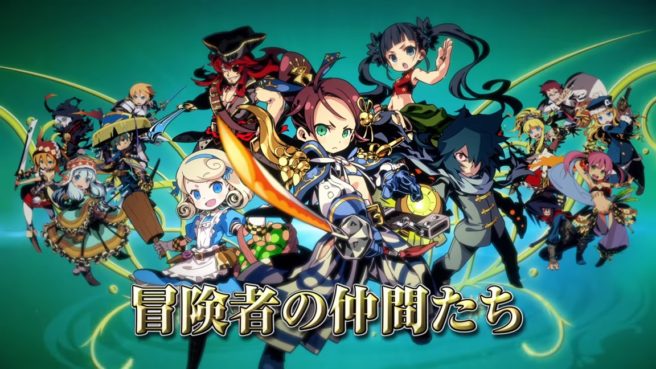 Buyers will receive a two-disc user’s best album featuring player favorite songs from the Etrian Odyssey series when they pick up a first-print copy of the game. Atlus will allow fans to vote on the tracks until April 9. Yuuji Himukai designed the jacket that houses the CDs.

Etrian Mystery Dungeon 2 launches on August 31 in Japan for 6,480 yen. Access the official website here and watch the first trailer below.

Here’s an overview of the story, courtesy of Gematsu:

At the bottom of the Yggdrasil Tree there is said to be an entrance to the “Land of the Gods”—.

One day, you, an adventurer who visited the lakeside town that looks out on this legendary Yggdrasil Tree, meet a mysterious girl.

“I want to go to the base of the Yggdrasil Tree no matter what it takes.”

Just who is this girl? Why does she want to go to the Yggdrasil Tree? Frequently clear “mystery dungeons” and, together with the girl, head for the distant Yggdrasil Tree!

Finally, an Etrian Odyssey 10th anniversary commemoration broadcast will be held on Niconico on May 20 at the following times: