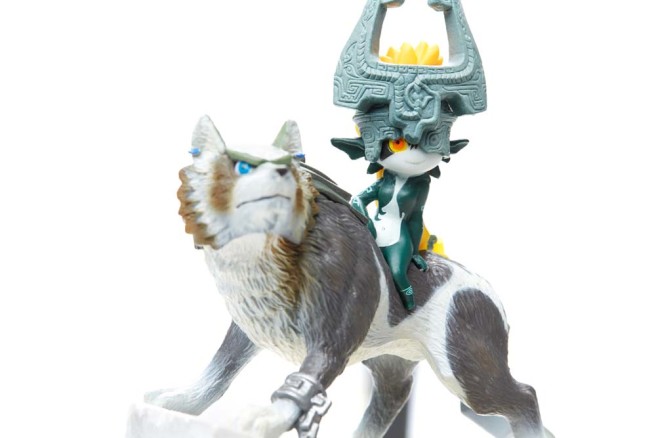 Aside from that, as previously mentioned, you can import some of the data from Twilight Princess HD into the upcoming, brand new Zelda game. The importable contents are unknown as of now, but only the Wolf Link amiibo is capable of storing data to import.

When it comes to other amiibo, players can read other Zelda-related figures for extra effects that can be done once per day. Link and Toon Link fully replenish arrows, Zelda and Sheik completely restore hearts, and scanning Ganondorf means you’ll receive twice as much damage from enemies.

There are a final few tidbits that we want to mention. However, keep in mind that this part of the leak was very vague. I’m hoping we can clear this part up once we get our hands on Famitsu tomorrow.

In any case, there’s talk about the Wolf Link amiibo having a record of journeys. Their numbers can be saved, and by only touching it (the amiibo?) you can continue the adventure. It doesn’t mean you can save into a different save data though. So… yeah. Confusing. We’ll take another look at this tomorrow!