Posted on February 9, 2022 by Brian(@NE_Brian) in Images, Screenshots, Switch 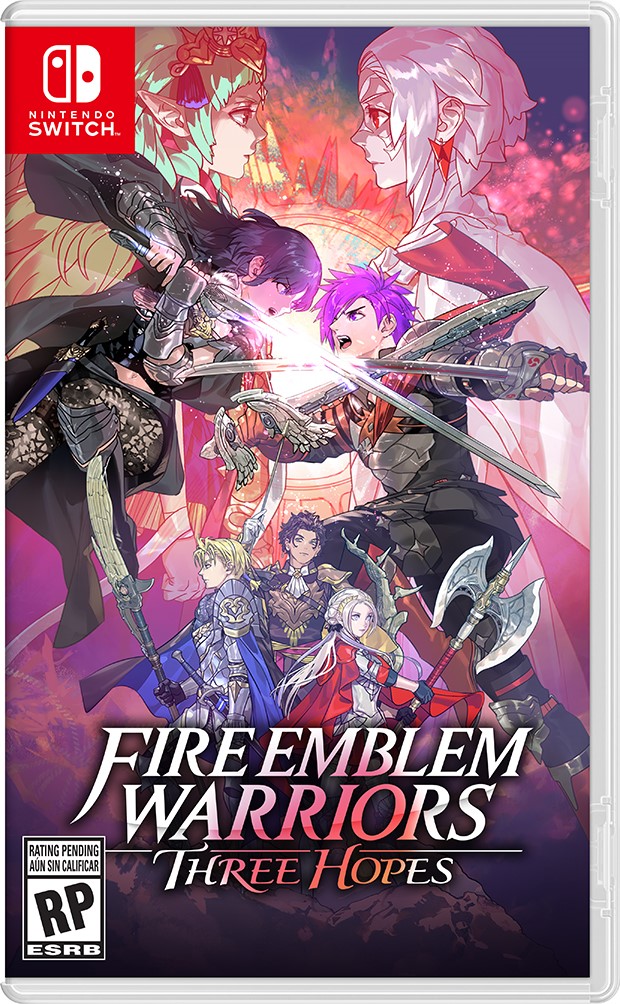 Following today’s announcement of Fire Emblem Warriors: Three Hopes, Nintendo has passed along a bunch of assets. The game’s boxart can be found above.

Edelgard, Dimitri, Claude, and other Fire Emblem: Three Houses characters return to put their combat expertise on display as you revisit a war-torn Fódlan.

Cut through hordes of enemies as characters from the Fire Emblem: Three Houses game. Take down dozens of foes with Edelgard’s axe or Dimitri’s lance, or blast enemies from a distance with Claude’s bow. Slash, swing, and spear your way to a brighter future for Fódlan.

Check out a bunch of screenshots and art from Fire Emblem Warriors: Three Hopes below.