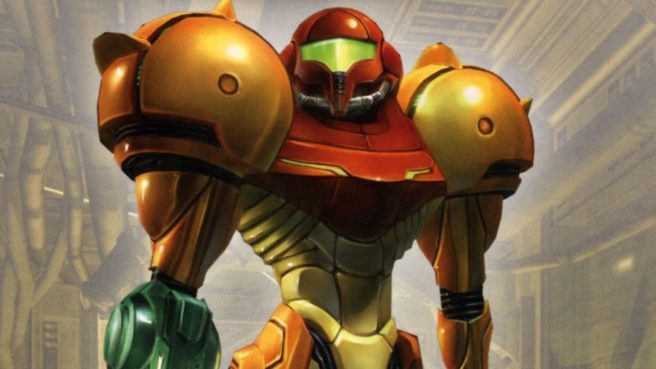 Shinesparkers has published a new interview with former Retro Studios staffer Jack Mathews. Matthews worked at the company as a former technical lead engineer on the initial Metroid Prime Trilogy.

During the discussion, Matthews had quite a bit to say about revised plans and cut ideas for the series. These include the initial idea to have Metroid Prime 2 be multiplayer focused, a more bounty hunter-like setup for Metroid Prime 3, and more. He also touched on some of the projects that were cancelled at Retro before Metroid Prime released.

You can find some notable excerpts from the interview below. Head on over here. for the full talk.

On how Prime 2 originally started out with a multiplayer focus…

… When we started development on Prime 2, multiplayer was actually going to be the focus (I think we internally thought of the project as Metroid Prime 1.5). We were even going to have the ability to play as a Space Pirate and have things like wall grabs and such.

As we moved back towards a primarily single-player focus, we should have ditched multiplayer altogether. There was a ton of effort put forth to make multiplayer happen: we had to actually author third person Samus animations, we had to have support for multiple “players” in a game world, we needed to author all new lower quality effects, add game modes, et cetera et cetera. It’s all work that took quality and mindshare away from the single player.

On cut plans for Kraid…

I wish I remembered more. I just remember he was huge, that there were a bunch of jumping pieces, and that there was no way we were going to make it work in the time we had. I believe the Omega Pirate took his place, and I’m actually ok with that, because I thought that ended up being a pretty cool boss.

On the original plan for Samus to undertake bounty hunting missions in Corruption, and how Nintendo apparently rejected it because their definition of a bounty hunter is more of a mercenary or hired gun…

I don’t recall any code being written to support the concept, but I remember it being documented and thought through extensively. The inventory system as it was would not have needed significant changes to support the design, and while my recollection is hazy, I believe that the whole misunderstanding of the “bounty” in “bounty hunter” was discovered and talked through pretty quickly after we presented the game concept to Japan. I don’t know how much of the story was fleshed out at this point, Dark Samus or otherwise. I just remember that the original core concept revolved around Samus and her ship doing jobs around the galaxy to both get stronger.

On the different projects cancelled at Retro before Metroid Prime…

I mean, the projects were all in different places and shut down for different reasons. As far as I remember:
* Car Combat was a concept that Japan just didn’t care for, even though at its cancellation it had more gameplay than the other projects combined.
* Football was deemed unnecessary after the game’s launch would miss the football season and EA had the market cornered anyway.
* RavenBlade was never going to come together. It was a concept way too big for its britches.

We couldn’t exactly bring gun-toting cars and football players into Metroid, so there wasn’t much recycling assets, but we did get wonderful team members who brought their expertise to the game. When the first major layoff happened and the Metroid team pretty much merged wholesale with the Car Combat team, development of the game really took off. Then when Raven Blade was cancelled and we picked up some of the former Football and Raven Blade guys, we ended up with the most talented engineering team I’ve ever worked with.

The sad truth is that the secret of Retro’s success story was starting with ~120 talented people, laying off almost half of them, then laying off almost half of THEM. This resulted in a team of top-notch people who REALLY had something to prove. There was a lot of emotional damage to unpack from that after Prime 1 shipped, and I applaud Nintendo for seeing that and making sure that the studio didn’t implode.

On cut elements from Prime 2, such a Sonic-like attack with the Boost Ball and a Morph Ball Racing multiplayer mode…

Wow, in answering this question, I really thought that the boost attack was still in Metroid Prime 2 Multiplayer. Looking it up, it appears we cut that that out and I think I remember why.

This attack was a multiplayer-only attack whereby you would lock onto someone, jump, then hold the morphball button. At that point, you would transform and launch into your opponent. I believe (and my recollection is super hazy) this was cut either because it would confusing that hitting the morph button would behave in this way, or because it could be nauseating to do a transition like this, or some combination of the two. It was a super fun attack though.

As for morph ball racing, I think we cut it just to cut down on the amount of work we’d have to do for multiplayer in general. I don’t recall the mode being very compelling.