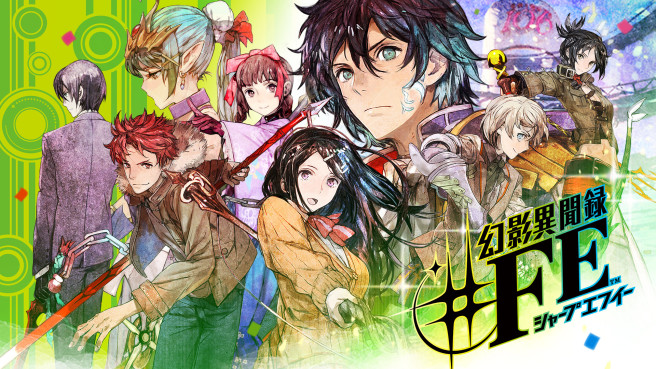 We’ve translated a lengthy part of the interview below. The excerpts are very insightful, as the developers spoke about how they thought about different genres for the project, considered 3DS (even making a project plan), and more.

Ando on her original idea for the collaboration:

Yamagami: The first proposal was “Shin Megami Tensei x Fire Emblem”, but I thought it would probably be for the best to give Atlus freedom in handling the game. It is just a little less than three years ago when we started with the proposal “it is necessary to have elements that combine Fire Emblem to some extent, but other than that let’s be flexible and try various things”.

ND: What kind of game did Atlus come up with at first?

Hirata: At first we thought about a grid-based game that’s similar to Fire Emblem.

Yamagami: We discussed how strategy elements could be put in battles, but on the other hand I told Atlus several times to be bolder, so they were having a bit of a trouble.

ND: When talking about Fire Emblem, strategy comes to mind for sure.

Hirata: In addition to that, we also had various ideas, like ‘shall we make an MMORPG?’

Yano: We also had a discussion about whether to do it for Wii U or Nintendo 3DS. We even wrote a project plan for 3DS version once.

Yamagami: At that time Takata-san proposed, “Would an RPG be out of the question?”

Takata: I realized the request was “What kind of Fire Emblem would Atlus make?” and our specialty is RPGs, so wouldn’t it be nice to make one? However, I wondered if it would be alright when I asked about it.

Yamagami: When I received the suggestion for an RPG, I thought, “Ah, it was strange to ask a team that is known for RPGs to make a strategy game.” Having seen the long trial and error up until that, I thought it would probably be good to utilize their strong genre. Actually, Nakamura-san from Intelligent Systems (makers of Fire Emblem) said this when we were having problems, “If you’re going to take the trouble, please create something Atlus-like that we can’t do or even imagine.” Those words gave a push to make the resolution.

Takata: We also considered a battle system which has advance guard and rear guard like Fire Emblem when the game turned into an RPG, but then one battle would take a long time and playing would get complicated. Then Hirata said, “The weapon triangle should be the most important thing, so we’ll be fine as long as that can be kept.”

Hirata: We believed Fire Emblem and RPG battles could be fused together if only the weapon triangle and class characteristics were included, so we finished it into the form it’s now.

ND: Lastly, please leave a message to the readers.

Yamagami: I think there are many Fire Emblem fans among the readers of Nintendo Dream, so even though there is interest in this game, many people may feel uneasy as well. Although your favorite performers act in surprising roles, it feels familiar. But because we do new things, the world also becomes bigger. To tell you the truth, when Intelligent Systems saw this title for the first time, they were also anxious like, “This is strangely similar…”, but when we got past that phase and it turned into a completely new thing, they said, “This is really interesting because we couldn’t possibly do this ourselves”. And then we cooperated on supervising the Fire Emblem elements, selecting voice actors and deciding the acting direction. You can enjoy the setting, elements and systems in itself instead of them being in the Fire Emblem world. If you are able to enjoy it as a new system that is different from the main Fire Emblem series, it should exceed your expectations.