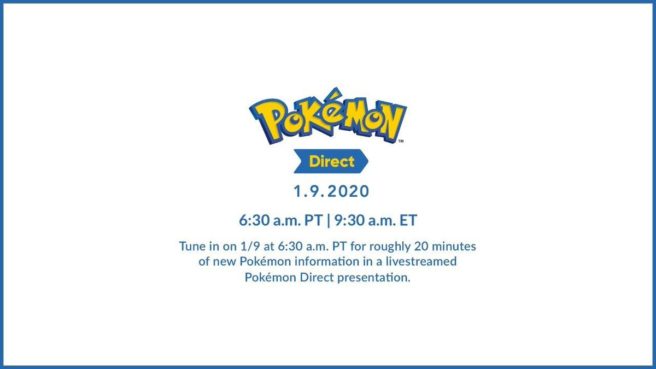 Nintendo was expected to kick off 2020 with a Nintendo Direct, but perhaps not one specifically focused on Pokemon. Yet that’s what we’re getting on Thursday. Nintendo has been coy on what exactly we’ll be seeing, though we may have a better idea about plans for the presentation.

A German press release for this week’s Pokemon Direct mentions Pokemon Sword/Shield in its headline. Specifically, the broadcast will apparently have new details regarding those Switch games.

The new Pokemon Direct airs on January 9. If Pokemon Sword and Pokemon Shield are present, they probably won’t be the only games discussed.