Posted on November 6, 2021 by Brian(@NE_Brian) in Screenshots, Switch 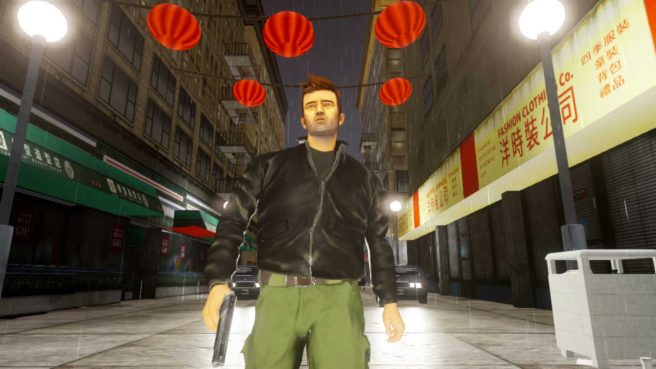 New screenshots of GTA: The Trilogy – The Definitive Edition have emerged from the Rockstar storer showing a first look at the Switch version.

Following previous speculation, Rockstar announced the redone versions of the classics last month. We then saw the debut trailer a couple of weeks ago. However, today’s images were captured specifically from the Switch version.

If the resolution of these images are anything to go by, GTA: The Trilogy – The Definitive Edition will run at 1080p when docked on Switch. That would lower to 720p in portable mode, which is the max resolution there.

Here’s the full set of images:

GTA: The Trilogy – The Definitive Edition launches for Switch on November 11 through the eShop. A physical version will follow on December 7, though it looks like it will come with a download requirement.