How LEGO Super Mario came to be, been in the works for over four years, LEGO wants long-term relationship with possibly other Nintendo IPs 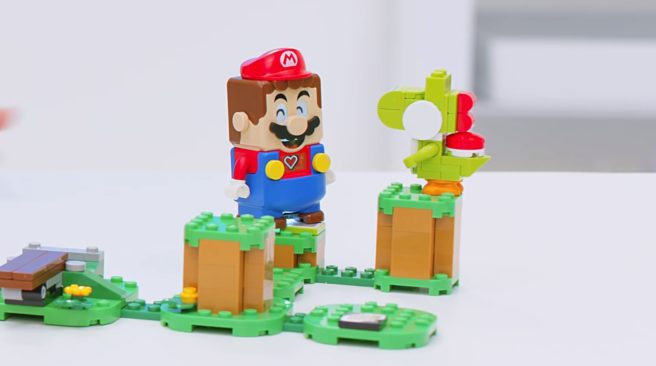 After it was teased on Mario Day, Nintendo and LEGO unveiled a new partnership featuring the well-known platforming character. Mario and friends will be offered in LEGO form later this year with a new type of experience.

Speaking with The Brothers Brick, digital design lead Jonathan Bennink revealed that this project has been in the works for over four years. He also spoke about how to partnership with Nintendo came about, stating:

“I’ve been working on this project for four years, but about a half a year before that, leaders from both LEGO and Nintendo met up to talk about what we could do together and where our core competencies lie. We decided early on that we wanted to leverage what both parties are good at. For LEGO, that’s of course the brick, being creative and using your imagination. For Nintendo, it is seamless interactivity and innovation. We wanted to make sure that when LEGO and Nintendo come together, those two big brands with lots of fans, that we do it justice.

About half a year into the project we made this first prototype of an interactive Mario figure. I hope one day we get to share this with the world because I think it would be quite interesting for people to know where it came from and how it evolved. But it was basically just a tiny little brick, maybe four modules high with a screen and speakers that we put a cap on and paint red. Once we put the cap on, we were all like, “Yeah, that’s Mario!” and we instantly fell in love with him as an interactive LEGO character

But we didn’t know exactly what to do with him and how to make the most of the functionality. For that, we worked with Nintendo and play-tested with kids for quite a few iterations until we solidified the idea of building levels. Essentially, you can’t go wrong building levels but certain combinations and tricks will make the level better and get more coins from it. Building levels was probably the biggest revelation of the project because that is really where the core LEGO play comes in. Everything is happening in the bricks, and it’s about coming up with ideas for levels and building anything that you want with the technology and interactivity that Nintendo is known for infused in it from the beginning.”

Bennink also commented on the possibility of LEGO exploring other Nintendo franchises. It sounds like LEGO wants this to be a long-term relationship, with Bennink mentioning the Big N has “a lot of very exciting IPs that we might do or might not do.”

“Again, I can’t go into any specifics here, but I can say that we haven’t worked for four years to release just one wave of products. We hope to have a long and fruitful relationship with Nintendo and their IPs, and we are really looking forward to working with them on a longer-term. They have a lot of very exciting IPs that we might do or might not do.”