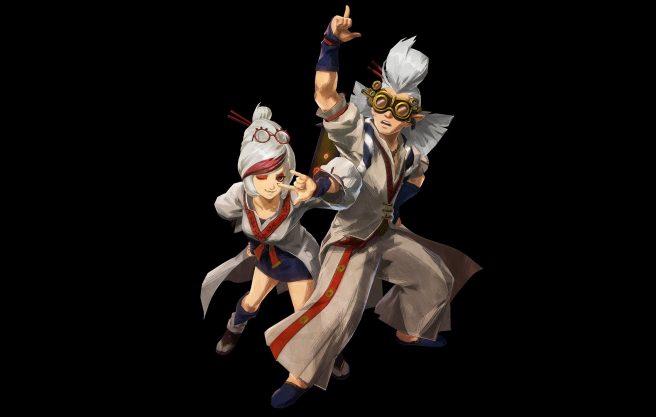 At the Tokyo Game Show today, Koei Tecmo debuted the first gameplay of Purah / Robbie in Hyrule Warriors: Age of Calamity and showed off one of the new cutscenes.

Guardian of Remembrance is the second part of the game’s Expansion Pass. It includes new characters, additional stages, and new story sequences.

Purah and Robbie were previously revealed as new playable characters for the latest Hyrule Warriors: Age of Calamity DLC. The two actually fight together, and use an array an ancient technology to take down weapons.

Here’s a first look at them in action:

Outside of Purah and Robbie as well as another new character addition that has not yet been revealed, the upcoming Hyrule Warriors: Age of Calamity DLC will offer new story sequences involving the Battle for Kakariko Village, Battle of Goponga village, and more. Players will be able to learn more about the champions and Terrako.

As far as stages go, the new DLC drop will include the Coliseum, Lanayru Road, and more. It’ll offer a look at how these places looked 100 years in the past.

Hyrule Warriors: Age of Calamity will release its Guardian of Remembrance DLC on October 29. It was previously planned for November, so it’s releasing earlier than expected. The first wave of DLC, Pulse of the Ancients, is available now as part of the game’s Expansion Pass.