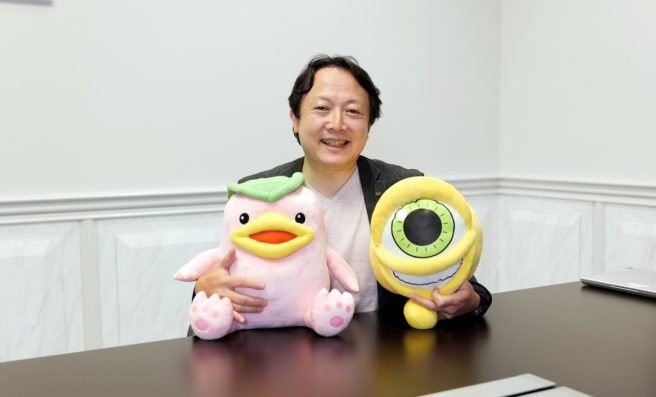 Nintendo Everything was fortunate enough to interview executive producer Kazumi Fujita about the upcoming release of Monster Rancher 1 & 2 DX, covering various topics such why these titles are returning now and what’s new (including no longer having to use CDs like players did on the PlayStation back in the day). We also touched on some general points like what lies in store for the future.

Monster Rancher is making a comeback of sorts with Monster Rancher 1 & 2 DX on Switch. These two games were offered individually in Japan last year, but are now seeing a worldwide release.

Monster Rancher came out at a time when monster taming and breeding had taken the world by storm and became an instant hit. What prompted the return to the series after such a long hiatus?

One factor was that we were able to develop a system to allow players to enjoy creating monsters from songs without having to actually use physical CDs. Another element was that users would have fun with the game and want to share their fun experiences with other people during this golden age of social media we are living in currently.

We also brought back the series to celebrate the 25th anniversary of Monster Rancher which is coming up in 2022 and due to the large demand from fans.

Monster Rancher did things a little different from the typical monster taming/breeding formula other games were popularized for and is one of the big reasons why it stands out so much within the genre. Are there memories or anecdotes of what development was like back then?

During the development process, we added movements for each of the monsters, so we based how they would move on whatever we thought would make fans really happy to see when they played the game.
We had both feelings of joy and sorrow seeing how some of the monsters looked when they actually moved the way we planned, and we had a ton of fun doing this while we developed the game.

Generating data for monsters via CDs has been reworked given the digital-only nature of the game for the west, as well as the Switch’s inability to support discs. How did the team go about the design process to get this working on modern hardware?

To meet the needs of the current generation of players, we developed a system that allows players to experience the same fun of using CDs to obtain monsters.

The system we developed was an original database that includes roughly 600,000 songs. Any player can choose whatever song they like, which I feel has only increased the amount of fun you can have with the game.

Porting older titles can be extremely challenging due to the massive difference in hardware and engines back then, but classic titles re-releasing on Switch have proven to be extremely lucrative and fruitful for fans of any nostalgic series. Did development ever reach a point where a remake was considered rather than a remaster, or did the remaster become the favored approach to preserve the feel and authenticity of the initial Monster Rancher titles?

As we are about to celebrate the 25th anniversary of the Monster Rancher series in 2022, there were a lot of players asking for us to bring back the series.

Among the feedback we received from fans, many wanted us to remain faithful to the original titles and re-create the fun they had with them instead of creating a remake.

We took into consideration the requests from fans that had been loyal to the series since the first installments, and decided it was best to create a powered-up version of the original titles.

Will there be a new translation for the English release on Switch or will the old one be reused?

We are trying to remain as faithful to the original titles as we can, but some of the expressions and translations have been updated to be a bit more modern.

Are there any plans to include any sort of new accessibility features for newcomers in Monster Rancher 1 & 2 DX?

We have added in a new memo feature to utilize while raising monsters, a high-speed mode, as well as other new features. You can also buy several items at once along with other subtle adjustments to make the controls in the game feel better than ever.

With Monster Rancher 1 & 2 DX undoubtedly striking excitement from its announcement, will this be a good look into whether more remasters, remakes, or even new entries of the Monster Rancher series could be viable in the future?

2022 marks Monster Rancher’s big 25th anniversary, so the team and I are putting in everything we’ve got in order to meet the expectations of our fans.

Is there a desire to keep the series going by introducing other initiatives like a new anime, merchandise, etc.?

We’ll have more to announce during this upcoming year to celebrate the 25th anniversary of the series, so please stay tuned for more details in the future!

Monster Rancher 1 & 2 DX launch for Switch on December 9. The official site is up here.