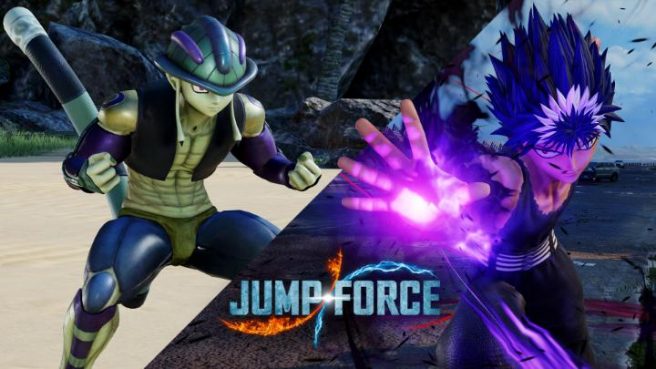 Bandai Namco has published a new Jump Force trailer to show off the game’s latest DLC characters, Meruem and Hiei. Overviews of the two characters have also been provided.

“King of the Ants” from the Hunter x Hunter saga, Meruem is the powerful leader of the Chimera Ants. Surpassing humans in intelligence while possessing an overwhelming physical strength, his tail strikes were already frightening his enemies when he was just a newborn!

Hiei is one of the main characters of the manga and anime Yu Yu Hakusho. Mastering an ardent demonic energy, he will set his enemies ablaze with his fearsome Dragon of the Darkness Flame attack!

Meruem and Hiei will be available in Jump Force Deluxe Edition on Switch in early 2021.