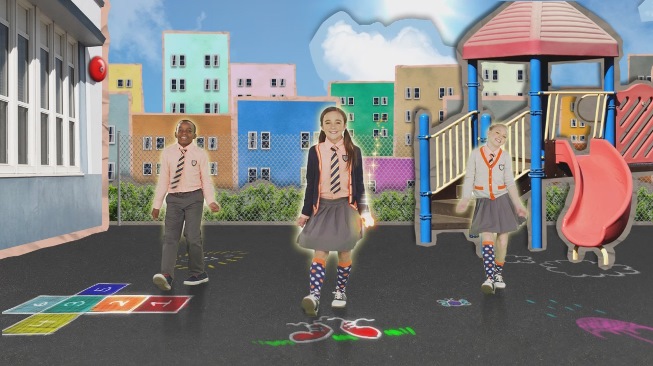 Ubisoft is shipping Just Dance Kids 2014 to stores across North America today. It’s out now on both Wii U and Wii for $29.99.

You can find the release date announcement, including the full tracklist, below. A launch trailer is posted above.

SAN FRANCISCO — October 22, 2013 – Today, Ubisoft® announced Just Dance® Kids 2014, the fourth Kids title in the leading Just Dance game franchise, is available in North, Central and South America on Wii™ and Wii U™ systems from Nintendo and the Kinect™ for the Xbox 360® video game and entertainment system from Microsoft. Rated E for Everyone and available for $29.99, the game is back with new choreographies and a fresh tracklist fit for the entire family.

The tracklist features over 30 songs from kids’ favorite pop stars, TV shows, movies, and more with hits like “One Thing” by One Direction, “Hit the Lights” by Selena Gomez & The Scene, “Give Your Heart a Break” by Demi Lovato and “Put Your Hearts Up” By Ariana Grande. There are new features and family favorite modes, including:

• Parents Corner: This feature put the parents in control. With non-stop shuffle, fitness tracker, and custom playlists, Parents Corner even lets parents see how many calories their child is burning while dancing.