LEGO on Nintendo partnership and attention to detail with LEGO NES, has “a ton of other good ideas” for collaborations 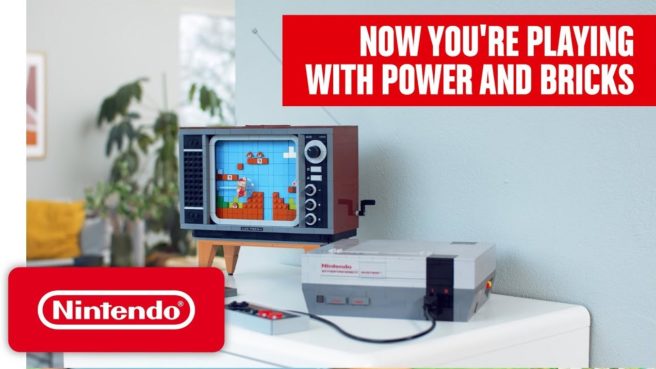 LEGO recently surprised fans by unveiling another aspect of its partnership with Nintendo. Aside from Super Mario, the two sides teamed up to create a LEGO version of the Nintendo Entertainment System. Both products are currently available.

In an interview with GameCentral not too long ago, designer Maarten Simons discussed the creation process for the Mario sprite piece and working with Nintendo on the project. He told the site:

“That took us a lot of time to get correct. They were very particular, and rightfully so. We tried to get it pixel perfect, just as with some of the other decorations in there. But that’s something where we really needed their advice and we had quite a few loops round on it, more than we expected. That is where their eye for detail was very obvious, they even looked at the printing and element shapes down to the millimetre, which we do not always do with a partner.”

“I’ve been in quite a few licensing projects over the years at LEGO and every partner is different. But I think what we realized when we were working with Nintendo is that they could almost be LEGO colleagues. It was that feeling after we got this project going, that their philosophy is also ‘only the best is good enough’.

If they had something that they said needed to be improved they wouldn’t let it go until we worked on it. Even though in the beginning, we might not have been paying it the same amount of attention. And that’s what they brought to the team, their very, very deep level of experience.

The play experience they have is a different kind of play experience than we have built up over the years but merging that was… I’m not saying it was always easy, it was definitely an exercise from both sides, but I think it worked very well.”

At least for now, LEGO doesn’t appear to be working on other Nintendo properties. Simons said LEGO “very specifically wanted to work on Super Mario first and to get that right, get that out, and not clutter things up with even any of the side games in the Mario universe.” However, he added that “there are a lot of opportunities” and “a ton of other good ideas we have that we could also work on.”