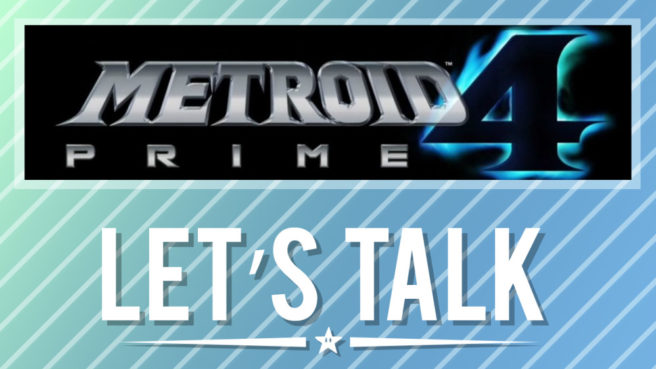 Just like that, another E3 is in the books. After weeks of hype and speculation, we now know of everything Nintendo had to show between its video presentation and hours of Treehouse streams.

For all of the talk about how long the presentation would be and how Nintendo would mainly be sticking to 2017 games, we arguably saw quite a lot. Not one, but two new Metroid games were announced. A core Pokemon title is in development for Switch. New Kirby and Yoshi titles are coming, not to mention Rocket League as well. Super Mario Odyssey looks fantastic and launches on October 27. Xenoblade Chronicles 2 releases this year despite speculation about it being pushed to 2018, and Fire Emblem Warriors is slated for the fall. 3DS saw some new announcements as well during the Treehouse stream between Mario & Luigi: Superstar Saga + Bowser’s Minions and Sushi Striker: The Way of Sushido.

So what did everyone think of this year’s E3? Did it live up to your expectations? Do you have any personal highlights? Let us know in the comments below.

I really really really want a Metroid game. It’s been FAR TOO LONG since the last good game in the series came out, pools from Nintendo and other sources always have Metroid in the top 3 of the requested franchises alongside Pokémon and Mario, Nintendo could capitalize on the buzz caused by the announcement to make the series a lot bigger than it used to, Metroid Prime is the best selling Metroid game and still it sold less than 3 milion copies, if they were to announce a new Metroid game at this year’s E3 for next year I have no doubt it would sell 4M+ , no matter if 2D or 3D

What I hope for (considering hope is a more realistic wish on what’s to come) is the reveal of Retro’s game alongside a teaser for a new Metroid game (probably going to be a 3D game based around the cliffhanger from Federation Force).

My biggest wish is Nintendo confirming Final Fantasy VII for the Switch. This is my number one game that I want on the console that hasn’t been confirmed yet, and the third party game I’ve been wanting for over a decade.

My hopes and dreams for Nintendo’s E3:
-Metroid Prime 4
-2D Metroid/official Metroid 2 remake
-F-Zero
-Retro MUST show their new game (hopefully not another DKC)
-Platinum’s Switch game
-VC must be shown
-MHXX localised and MH5 for Switch
-A mention of new games for Switch from 3rd party partners, from the likes of Capcom, SEGA, Namco, Square, From Software, etc
-A FPS, CoD would be alright, but would prefer something like Timesplitters or The Conduit, though Metroid with multiplayer like Prime Hunters would also be good
-Remastered Mother/Eathbound trilogy
-A revived IP 1st and/or 3rd party
-News on No More Heroes 3 and SMT5
-A couple of 2018 titles
-Release dates for known games, though I’ve heard the rumour Mario is slated for Nov and Xenoblade is getting pushed back to Feb 2018, which wouldn’t be surprising

And that’s basically it, those are my hopes and dreams for E3, heavy emphasis on the “dreams” part.