[Let’s Talk] How do you feel about Smash Bros. Ultimate’s DLC? 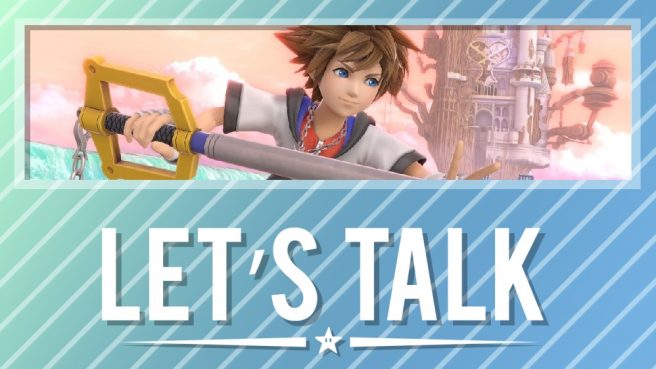 All of the DLC fighters in Super Smash Bros. Ultimate have finally been made known. A couple of weeks ago, director Masahiro Sakurai revealed that Sora from Kingdom Hearts is joining the game. Players around the world were then able to try out the character for themselves a few days ago.

It’s been a long ride for Super Smash Bros. Ultimate going back to its original launch in December 2018. The title has seen nearly a dozen of additional characters since its original release. Other than Sora, we’ve seen Joker from Persona 5, Hero from Dragon Quest XI, Banjo & Kazooie from the N64 game, Terry Bogard from Fatal Fury, Byleth from Fire Emblem: Three Houses, Min Min from ARMS, Steve & Alex from Minecraft, Sephiroth from Final Fantasy VII, Pyra / Mythra from Xenoblade Chronicles 2, and Kazuya from Tekken.

With Nintendo putting an end to DLC in Super Smash Bros. Ultimate, how are you feeling about it all? Were you satisfied with the selections on the whole? Who’s your personal favorite out of the DLC fighters? Share your thoughts with us in the comments below.

TBH, this might just be my new favorite 2D Metroid game (I’m excluding Prime from that list). The map design is great and encourages exploration by rewarding sequence breaking and giving power-ups, the boss battles are great, the puzzles are awesome, the parry mechanism is wonderful and the movement is really top notch.

If it wasn’t for the subpar music, this would’ve been a close to perfect video game. Great job by MercurySteam.

Loved it. Got it on launch day Friday and beat it before Sunday night, 100%. I just couldn’t put it down. The movement and fluidity of the game are amazing and the boss battles are tough but fair. And the story is great. Never thought they would lean into the Metroid DNA plot so strongly but I’m super glad they did. This game really opened up the lore of the franchise and I can’t wait to see what Metroid 6 has in store.

Loving Metroid so far. My only negative is that the world feels a bit too random and sprawling. There’s not much sense of structure to it. Like the first 3 regions all pretty much feel the same, and I cant remember where a particular part was after I’ve left it.

Very different to Super Metroid or Metroid Prime, where the world was very structured and memorable.