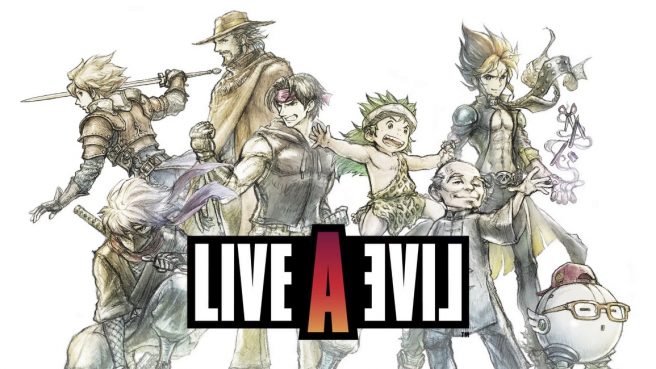 In a recent interview with Japanese magazine Famitsu, original Live A Live director Takashi Tokita spoke about how the team made the upcoming Switch release a reality.

In addition to explaining how the remake ended up in HD-2D, Tokita spoke about the game’s short development cycle, which began at the beginning of 2019 and continued through the pandemic.

Our translation of his full comments can be found below.

When did development of the remake start?

Tokita: At the beginning of 2019, and it took us three years.

Although it’s been a full three years, the development cycle is on the shorter side when compared to other recent releases. Did having the previous release help cut development time down at all?

Tokita: It did, but the main reason is that we decided on HD-2D from the start and didn’t spend time exploring other art styles.

Deciding on whether we should go with 2D or 3D in the pre-production alone takes about six months and the fact that we didn’t time on that was a big deal. We had no doubts that an HD-2D remake would be a good fit with the Super Famicom original.

When it came time to actually implement it however, Live A Live had a different system for each of the game’s scenarios, which turned out to be more difficult than we expected. To top that off, this was in the middle of the pandemic. COVID-19 was in full swing as we were entering the pre-production and production stages. Being in the middle of a pandemic meant it took us some time to finish off the project.

What was the most time-consuming part of the development process?

Tokita: Fine tweaking things like Bakumatsu and the more elaborate motions in the Prehistory arc took a lot of time.

We made the patterns in line with how we’d done things before, but the staff in charge of pixel art loved Live A Live so much they drew twice as many movements as we had expected. Even during the development period, everyone had 1.5x the passion and momentum. We were able to develop passionately until the end and it ended up as something over and above our expectations. I hope everyone will look forward to the final release!

The Live A Live remake for Switch will be available on Switch – and the first time in the west ever – on July 22, 2022.