Mario Kart 64 devs on how mini-turbos were originally a hidden feature, cut “no item” racing mode and courses 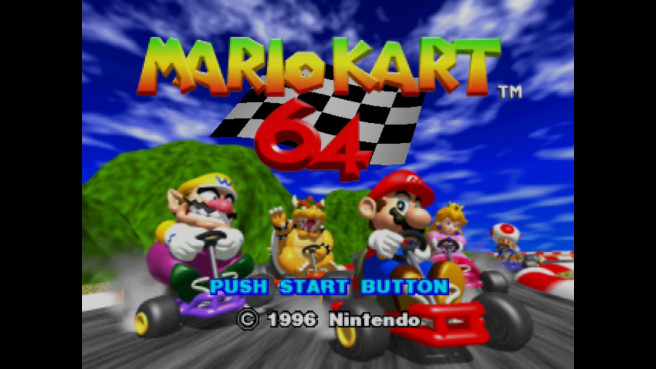 When Mario Kart 64 debuted many years ago, it was accompanied by a strategy guide in Japan. Several developers participated in an interview, which has finally been translated by shumpalations. For us, some of the most interesting comments came about when discussing original plans for the game.

We first get to hear from director Hideki Konno about how mini-turbos were originally intended to be a hidden feature. Furthermore, the color of the smoke initially remained the same.

“However, leaving it at that would have been boring, and we didn’t want the gameplay to feel shallow, so we added a bunch of mechanics like the mini-turbos. At first, the mini-turbos were a hidden feature, and the color of the smoke didn’t change either. With their addition, the developers had satisfied themselves, and they now had fun playing the game. (laughs) But, you know, we still wanted to give players some kind of reward for racing well, so we made the smoke change to red to impart a sense of speed, and we made sure that feature would be explained in the game manual.”

That’s not all from Konno, as we also get to hear about a scrapped racing mode in which there weren’t any items at all:

“In fact, originally we had a ‘no item’ racing mode too. It was our attempt to appeal to F-Zero fans, who feel that items are a distraction to the racing. (laughs) It allowed for serious races, where you’re trying to edge someone out for fractions of a second, with all the racers clumped close together in the final lap. As it turned out, however, almost everyone who demoed Mario Kart 64 chose not to play that mode, and we ultimately dropped it. In a traditional racing game you would of course include a mode like that, but Mario Kart without items somehow felt kind of cheap. (laughs) So we cut it out. I guess that for people who just want to race, there’s always the time attack mode. You can now save your best times in the controller pak, so I’ll be happy if players can find new challenges for themselves in that mode.”

Finally, visual director Tadashi Sugiyama discussed some courses that didn’t make it into the final game:

“There were a number of courses we had to drop, too. One was a big, multi-story parking garage-like structure, which you’d race around and around as you ascended it. At first, we thought it would be a nice, realistic track, and that it would be really fun, but when people actually played it the constant turning and turning as you went up quickly made them feel sick. (laughs) We also made a big city track, with a castle, and a nice pond, where you got to race around all these different houses and buildings. Unfortunately, it was a very large map, and it took too much time to race through. So we cut it.”

You can read the fully translated interview on shumpalations here.