Mario Kart 8 getting a Mercedes Benz in Japan via DLC 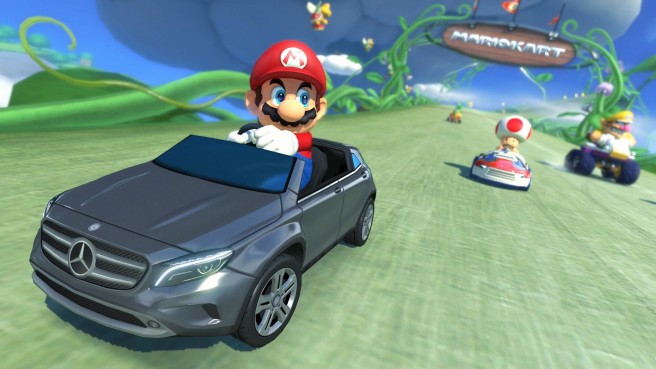 So this is a collaboration I don’t think anybody expected. Nintendo are partnering with car manufacturer Mercedes Benz to bring a GLA class model into Mario Kart 8 through free DLC. At present it’s only for Japan but this is interesting because it confirms that the infrastructure for DLC has been built into the game and could potentially be used again in the future. If that’s not bonkers enough for you, Mercedes Benz Japan has released a 30 second ad of the partnership.

Update: Nintendo UK have commented to CVG on the possibility of a Western release:

“The announcement this time was made by Mercedes-Benz Japan regarding their collaboration in Japan with NCL. As for the information relating to the distribution of the GLA kart for MK8 outside Japan, we will be able to announce in the near future.”