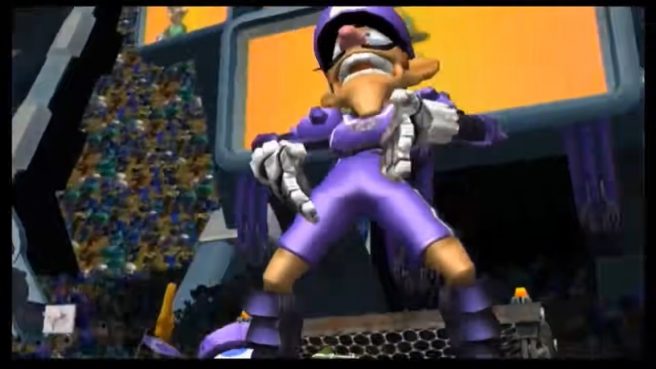 There’s a lot that Mario Strikers players remember about the first game, including Waluigi’s notorious crotch chop celebration. It’s something that can be seen after the character scores a goal.

For those wondering about the origins of the taunt, we have new insight from director Mike Inglehart. Inglehart spoke with GameXplain about its inspiration, how Next Level Games didn’t count on it getting past Nintendo, and more.

Here’s the transcript of Inglehart talking about Waluigi’s crotch chop in Mario Strikers:

“The inspiration for that came from quite frankly like the shape – even though it’s a ‘V’, we thought it was a representation of part of the ‘W’, so that’s sort of his way of connecting into his first initial. Waluigi, we kind of depicted him as being – yeah, he’s a bit, I don’t know, a bit edgier than Wario. Wario’s kind of on the nose in terms of a bad guy, and Waluigi, we just wanted to explore him a bit more. He’s actually kind of mean to his sidekicks too. They’re both mean to their sidekicks but Wario’s about self-loathing and Waluigi is about blame, and everybody else has done something wrong.

Again, the crotch shot, you just didn’t expect it to get through, but you know, nobody batted an eye so we didn’t kind of bring it up because we wanted it to be in there and sure enough it landed the way we expected to. I’m not sure if it will be in the threequel but I’m really interested to see if it’s still there. I hope it’s still there.

You know, people don’t ask questions you just kind of don’t bring it up. Once the discs are printed you’re off to the races and that’s it.”

Outside of Waluigi’s crotch chop celebration, Inglehart discussed how Mario Strikers was originally being developed as more of a platformer. You can read about that here.

Inglehart left Next Level Games over a decade ago, but Mario Strikers is finally making a comeback with Mario Strikers: Battle League on Switch later this year.