Mario Strikers was originally more of a platformer 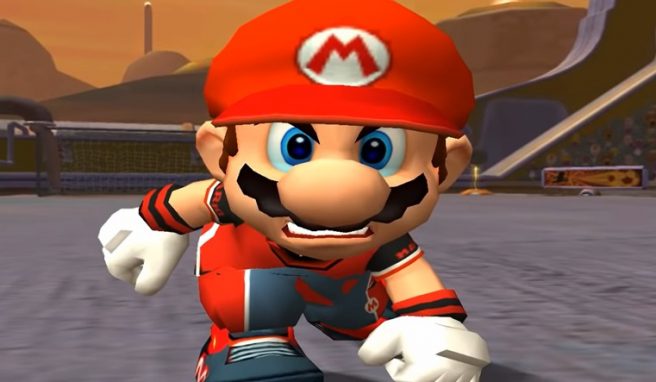 Mario Strikers fans might be surprised to hear that the game came close to being more of a platformer.

That news comes from Mike Inglehart, who was a director on the GameCube title as well as its Wii sequel Mario Strikers Charged. Next Level Games toyed around with that mixture of soccer and platforming after receiving limited direction from Nintendo. However, after the Big N reviewed the team’s work and was told to start over, Mario Strikers became more of a soccer experience that emphasized the sport itself.

Inglehart shared the following with GameXplain about Mario Strikers’ platformer roots and what would have come from its gameplay:

“Funny enough when we went through the initial prototype, we ended up making a platforming style of soccer game, so we actually tried to make something that instinctually would fit the eastern market, and that’s not what they wanted. So they said, ‘Scrap that, start again’, and I think we just focused too narrow and tried to make again something that they wanted. They didn’t give us too many clues. They just said Mario soccer to see where we would go. We went in the wrong area.

It’s really hard to describe since it was such a strange experience, but there were two goals that were kind of if I remember correctly nestled inside of castles. You could kind of… to dribble the ball Mario and Luigi would get up on the ball – like a circus animal – and kind of roll it under their feet. It didn’t resemble soccer at all. Soccer was the means to the end, but it was just a weird concoction of trying to fit in what we thought they were looking for on top of a sport. We had to flip that upside down when we actually got the feedback and put soccer first and lair Mario on second.”

Inglehart also talked a bit more about the gameplay. He mentioned that players would kick the ball at Goombas, and after taking them out, the castle would open and players would be able to shoot through its doors. Ultimately, the platforming just didn’t make sense for the game.