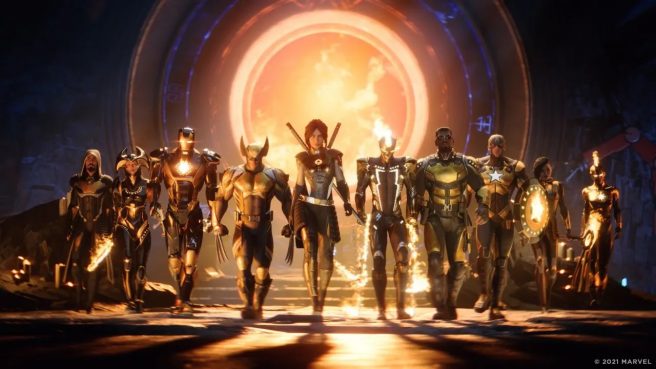 First gameplay is in for Marvel’s Midnight Suns, 2K Games and Firaxis’ new tactical RPG. Not only do we have a new trailer, but an extended walkthrough as well.

Marvel’s Midnight Suns is a new tactical RPG set in the darker side of the Marvel Universe. Team up – and live among – iconic heroes such as Iron Man, Wolverine, Ghost Rider, and Blade as you battle against demonic forces to stop Lilith, the Mother of Demons from resurrecting her master and bringing about the end of the world.

Pushed to the brink, Earth’s mightiest heroes team up with the Midnight Suns – Ghost Rider, Blade, Magik, and Nico Minoru – to desperately revive the Hunter, a legendary hero and humanity’s only hope in stopping the end of the world. As the Hunter, you must build your team, earn their trust, and lead them to overcome their greatest challenge to date.

YOUR MARVEL ADVENTURE. Become the Hunter, the first customizable original hero in the Marvel Universe. Lead a legendary collection of heroes that span across The Avengers, X-Men, Runaways and more as you customize your team’s abilities and playstyle.

EXPLORE THE DARKER SIDE OF MARVEL. Rise up against the demonic forces of Lilith and experience an immersive story that brings familiar heroes to an unfamiliar world, filled with the supernatural and the mystical.

LIVE AMONG THE LEGENDS. See heroes in a new light and unlock additional abilities as you develop relationships and strengthen personal bonds outside the field of battle. Dive deep and explore The Abbey – your very own mystical secret base – as you hangout with your teammates, explore the grounds and uncover its hidden mysteries.

FIGHT AND THINK LIKE A SUPER HERO. Team up with your fellow heroes, assess the tactical battlefield and strategically launch devastating iconic attacks against the forces of darkness.

We have today’s Marvel’s Midnight Suns gameplay videos below.

Marvel’s Midnight Suns launches for Switch in Spring 2022. The official website is up here.