Masuda on wanting to unite all Pokemon fans with Let’s Go, possibility of more open gameplay 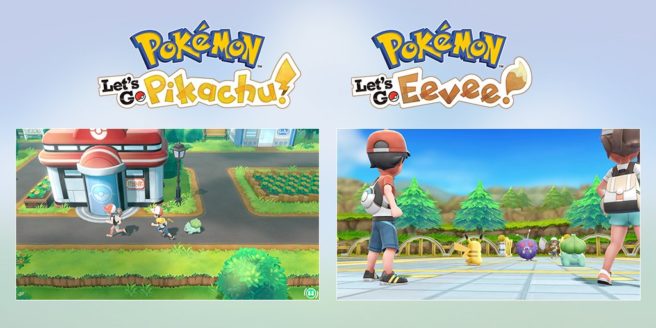 Earlier in the week, Game Freak’s Junichi Masuda conducted Q&A sessions with different members of the media. European press participated in one of these events. Masuda was asked about topics such as how core fans will react to the Let’s Go games, on when it was decided to make those titles as well as the 2019 games, and the possibility of more open gameplay in the future.

Some of the notable excerpts are as follows:

Masuda: So the first thing I can say is that… I’ve been the director on the main series Pokémon RPGs – most of them, up until now – and there are a lot of kind of core tenets or rules of the series that I’ve never broke up until now, for example the whole idea of the flow of going into a battle against wild Pokémon, reducing their health and then catching them. That was one of the things that we just never wanted to change but, with these games specifically, I wanted to create a new experience for kids and with this time I decided to shift that towards more of a kind of casual, lighter experience. So that’s one of the things I wanted to do.

And one of the things, for example, up until now in the tall grass you couldn’t see which Pokémon were in there so, a lot of players would kind of avoid the tall grass in their journeys, up until now, and one of the big changes this time is that you can actually see the Pokémon before you actually run into and encounter them so, it’s kind of changed the dynamic to much more of a proactive experience, where you’re going out and seeking Pokémon.

So for me, having worked on the Pokémon main series games, and Pokémon Go, both the players who have enjoyed our RPGs until now, all the fans are extremely important to me – but also the people who played Pokémon Go, and that was their first Pokémon game, they’re also extremely important to me, and what I really want to do with these games is prevent both of these types of players from going in different directions, and I’m hoping that these games will kind of bring them together.

So what would make me happiest would be if Pokémon Go players and traditional Pokémon RPG players actually come together and are throwing out Pokéballs together, either with the Joy-Con or using their smartphones, and really enjoying Pokémon together.

And that’s also one of the things I just mentioned about the parent maybe going out and catching Pokémon and giving them to their children, and sharing that catching experience.

Masuda: So it definitely wasn’t like a risk-avoiding thing. We knew that we wanted to create another Pokémon “series”, as we call them, for all the fans that have really enjoyed the games until now. But the games that we’re talking about for 2019 we’ve been working on those for a while, the same with Let’s Go Pikachu and Let’s Go Eevee – part of it is because there’s a lot of functionality with the Nintendo Switch and we really want players to really experience what there is to offer here so, we’re making two different games at the same time.

And specifically for these games, me personally I really want more kids to pick up and play with the Nintendo Switch, that’s really the goal for me.

Masuda: So with the Pokémon games I’m sure you all know we’re always trying to make them fun appealing for players of all ages, not just to older players and not just to kids. So, I can’t really commit either way but, if we find a way – I think it’s possible – if we were to find a way to preserve the fun and kind of broad appeal of Pokémon, and also have that kind of more open gameplay, then that is one possibility. It’s hard to say right not.

So that’s definitely, those type of questions, I always – I wouldn’t say worried – but in some way I’m always concerned that we go and take it too far, so it’s no longer approachable? I used to be a fan of top-down shooting games, like R-Type [points to a nearby arcade machine], and as time went on that shooting genre just kept pursuing that sort of more difficult, more complicated direction and it just got to the point where people couldn’t enjoy them as much and they just weren’t as approachable as they used to be. So I just want to make sure that, at Pokémon, we don’t make that same kind of – I don’t want to say mistake but, go down that same direction.

One other interesting thing Masuda said is that there could possibly two sub-series of Pokemon games, with one being based around Let’s Go games with the second being more traditional, but they’re not really focusing on that right now.

If you’d like to read the rest of the Q&A, you can do so here.