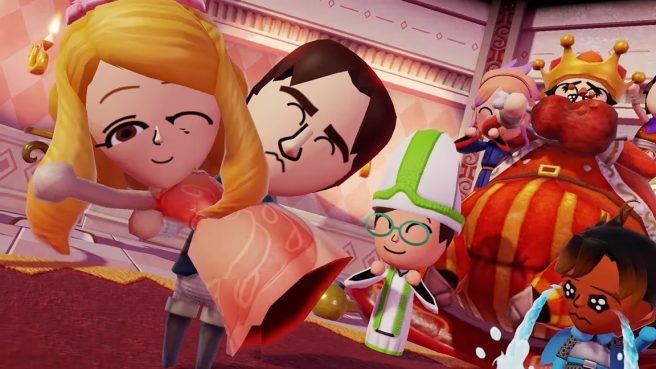 A new video is in for the upcoming Switch version of Miitopia. Nintendo debuted the “Miitopia Makes Over Mii Characters trailer today, which we have below.

It was also announced that a free demo has gone live on Switch – it can be accessed from the eShop.

Miitopia launches for Switch on May 21.