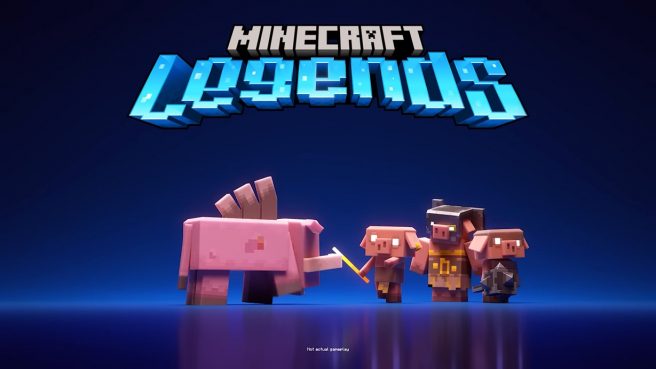 A final release date has just been announced for Minecraft Legends. Switch owners can get their hands on the game starting April 18, 2023.

Minecraft Legends was first announced for Switch last June with a general 2023 launch window. Then in October, we found out that it was planned for the coming spring.

Below is an official overview:

Raise your banner high and inspire your allies! Call on familiar mobs and new friends to defeat the ravenous piglins and save the Overworld from their destructive greed.

The piglins’ Nether corruption is spreading across the Overworld, scorching everything it touches. Are you the hero who will protect this gentle land? Plan your strategy and face the piglins in epic battles – but be warned: they always fight back. Take on piglin bases by day and defend your allies after dusk. Explore lush biomes filled with treasures and perils, meet new friends, and reunite with familiar mobs. With the allays by your side, all that’s left to do is save the world.

A new gameplay trailer coincinding with the release date news for Minecraft Legends can be found below.

Minecraft Legends will be sold both physically and digitally on Switch at launch. A Deluxe Edition will be up for grabs that includes six additional in-game skins: one hero, four mounts, and an additional mount skin when it becomes available.