Miyamoto on what is “Mario-esque”, protecting the brand, old worries about Smash Bros. 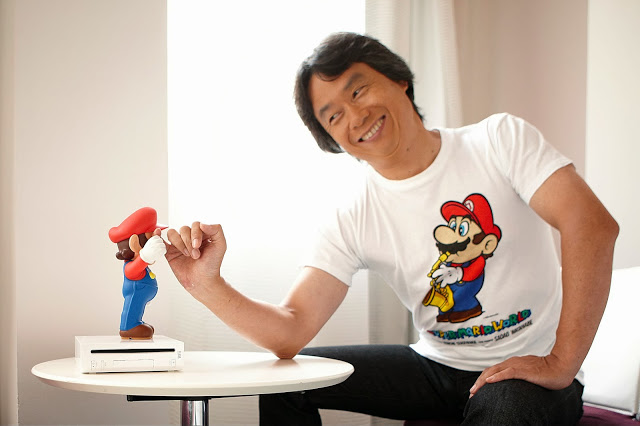 In our continuing translations of Famitsu’s most recent issue, Nintendo’s Shigeru Miyamoto shared some details on how he acts as an ambassador and protector of the Super Mario brand.

In this portion of the interview, Miyamoto discusses how the “Mario” brand needs a person who can call the shots on the criteria for what is and isn’t “Mario-esque”, so that’s what he does. He also ensures that he oversees any game that has Mario in it to some degree.

—On having to pivot between overseeing things like Universal Studios Japan’s “Super Nintendo World”, the upcoming animated film with Illumination, etc.

Miyamoto: For the situation with Universal Studios, we’re creating a Mario world that has never been done before in reality. Just supervising the design process is a rather peculiar job, so it’s important to have a person who can determine how far we can push things [with the IP].

Miyamoto: When it’s not “Mario-esque” or “Nintendo-esque”.

Miyamoto: Put simply, it would be “family-friendly”*. This is a pretty firmly held sensibility within Nintendo, and sometimes I have to say they’re being a little too strict.

*Oni Dino’s Note: The word Miyamoto used in Japanese is “anshin”, which has several meanings that don’t boil down to a single English word. “Family-friendly” works in this context, but “peace of mind”, “relief”, “security” are some other connotations.

—Could you explain this sense of “Family-friendliness” in more detail?

Miyamoto: For example, Youichi Kotabe** spoke at a lecture recently where he presented a drawing of Mario to me. And apparently I said something to the effect of, “Mario doesn’t kill people, you know.” That’s a pretty easy-to-understand standard, but that doesn’t mean that Mario wouldn’t even kill a bug. That, for me, is just the right sensibility for Mario. And I think that’s something that’s probably spread throughout the public, as well.

** Youichi Kotabe is a veteran animator and designer who has worked on the Super Mario and Pokemon series.

Miyamoto: When we were making “Smash Bros.”, there were some people who were worried; they asked me, “Is it really okay to have Mario punch and kick?” I actually had to plead with them by explaining that he already pulls turtles out of their shells. (Laughs)

We’ve also translated comments from Miyamoto about his current role at Nintendo, upending the tea table, and how he works with staff. You can read about that here.