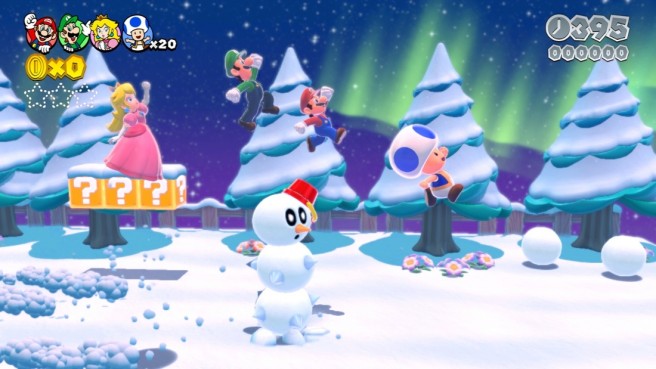 Super Mario 3D World’s multiplayer looks like a bunch of fun. It’s great and all that you can play locally with three other friends, but wouldn’t it have been nice to tackle the game online with others as well?

Kotaku recently decided to ask Shigeru Miyamoto about the lack of online play in Super Mario 3D World, to which he said the functionality “simply wasn’t the focus for us this time around.” Miyamoto explained that Nintendo was interested in making “something that people could experience fully while playing comfortably with others who were nearby them”.

“While online play is certainly technically possible for us, it simply wasn’t the focus for us this time around. What we really wanted to do was to create something that people could experience fully while playing comfortably with others who were nearby them, and this is something we decided would be best for Pikmin and the best case for Mario here as well.

“Now that is to say the answer to this question might change in ten years time, if there’s a future game where for example we don’t think it’s important to be able to see the face of the person you’re playing with, then we might be able to focus more on some online function there. But for right now our focus is really on a comfortable play experience with people in the same room.”