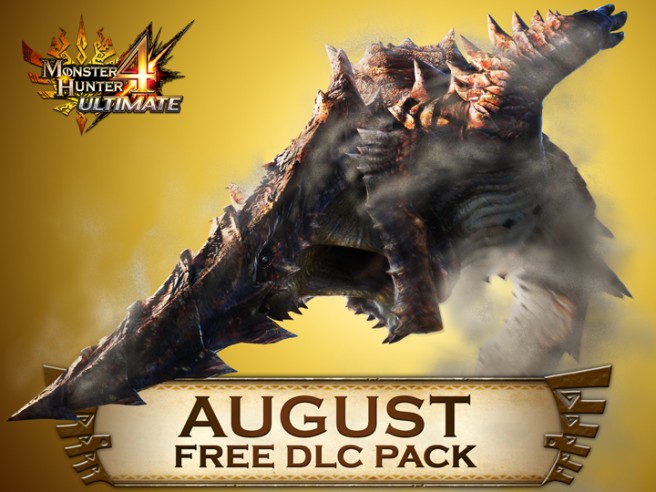 It’s the first Friday of a new month, which means that Monster Hunter 4 Ultimate is getting new DLC today. Players can get their hands on the following content: