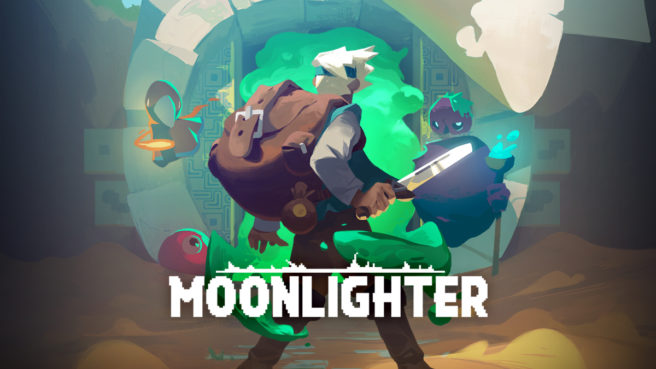 A brand new update has gone live in Moonlighter. Digital Sun is introducing a bunch of content, including New Game+ as well as new weapons and items. On top of that, many improvements and bug fixes have been implemented.

NEW GAME +: Play the full Moonlighter adventure again, now with more challenging enemies and bosses! However, we don’t want you to feel exposed. Use the brand new Pirate Weapons and the Amulets to your advantage!

PIRATE WEAPONS: A new full set of weapons that are crafted with dimensional pirates knowledge. Those weapons could be enchanted with elemental effects (Confusion, Poison, Fire or Electricity) to alter their power.

AMULETS: Mysterious Rings found in the dungeons will offer new abilities for the players. Be careful how you use them, though, because most of them will have some drawbacks as well!

Note: Both the Pirate Weapons and Amulets are exclusive to the NG+ Mode!

GAME SLOTS: A lot of you have requested this feature – and here it is! Now you’ll be able to have more than one game slot in the game.

QUICK-SELLING MIRROR: One of the most community-requested features is here! Tired of selecting each item to be sold while you’re adventuring? Now you’ll be able to select the Mirror and just click over the elements you want to sell. Handy!

– Updated and improved translations
– Credits screen no longer gets corrupted upon skipping
– Controls are now displayed correctly on the tutorial scrolls and HUD buttons
– In-game UI no longer can be displayed in Main Menu
– Fixed issue where it was not possible to switch tabs in the inventory and Notebook after using Merchant Emblem.
– Icons of held items are now properly refreshing in inventory GUI