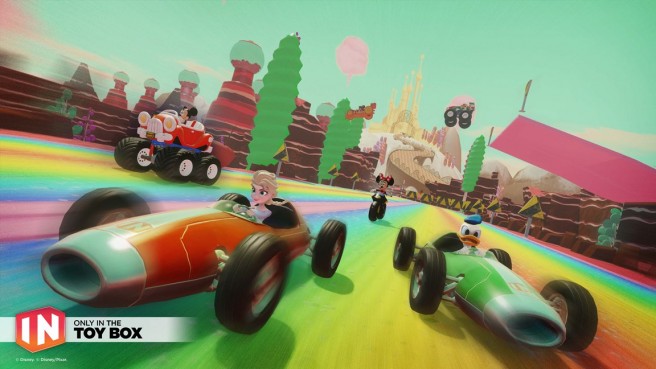 First, here’s a brief overview as to what’s new in the upcoming version:

And here’s an overview of the different Star Wars Play Sets:

Each of the Star Wars Play Sets offers distinct experiences, with varied gameplay, environments and characters. The Star Wars: Twilight of the Republic Play Set takes place in the height of the Jedi’s powers, where players will use the Force and Lightsabers in epic battles and master their combat skills alongside Ahsoka Tano, Anakin Skywalker, Obi-Wan Kenobi, Yoda and Darth Maul. The Star Wars: Rise Against the Empire Play Set will take players on galaxy-spanning missions with Luke Skywalker, Princess Leia Organa, Han Solo, Chewbacca and Darth Vader, piloting X-wing fighters or the Millennium Falcon to fight stormtroopers, or exploring and partaking in land-based missions on planets like Tatooine, Hoth, and Endor. Additionally, fans will have the unique opportunity to play with all of the Star Wars characters in all of the Star Wars Play Sets.

Disney Infinity 3.0 will support all figures and Power Discs from the original 1.0 and 2.0 editions. These items will work in the game’s enhanced Toy Box. Power Discs will now be sold in labeled franchise-specific packs of four. We’ll be hearing about more Disney, Disney•Pixar, Marvel and Star Wars figures and Play Sets “in the coming months.”

Disney Infinity 3.0 launches this fall. The Starter Pack is priced at $64.99, and includes the Disney Infinity 3.0 Edition Base and software, the Star Wars: Twilight of the Republic Play Set, Ahsoka Tano and Anakin Skywalker character figures, and a web code card that unlocks content for PC and mobile devices.

Check out the first screenshots from Disney Infinity 3.0 below.