Posted on October 2, 2022 by Nicolas in General Nintendo, News 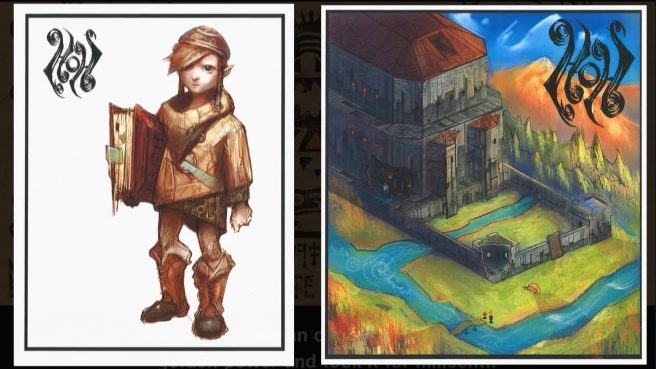 Several weeks ago, Did You Know Gaming? released a video providing details on a couple of cancelled spin-off games that Retro Studios (of Metroid Prime fame) had pitched to Nintendo for The Legend of Zelda series. Since then, they’ve managed to acquire new information on one of these two projects via an official 22-page document, a strategy game planned for the Nintendo DS titled Heroes of Hyrule.

The game would have featured a plot mostly exempt of Link, in which a young boy named Kori finds a book that, unbeknownst to him, was used to seal away Ganon 100 years ago. He would have gathered pages of the book unaware of its true purpose in order to learn more about the stories held within, which detail the adventures of a Goron, Rito, and Zora hero who venture to Ganon’s Castle in a effort to free Link from his evil clutches.

Accordingly, the gameplay would have been split between these present-day Kori segments and past book segments. The present day portions, constituting of roughly one-third of the game, would feature more traditional Zelda gameplay, with Kori wandering around town, playing minigames and fulfilling sidequests in an effort to earn more pages of the book. The past is where the tactical strategy-based RPG gameplay would shine through (with comparisons drawn in the document to Final Fantasy Tactics), but with an additional focus placed on puzzle-solving and exploration in between combat sections.

Indeed, the game is described in the document as a hybrid of a more traditional Zelda game and a tactical RPG, with several mechanics and design decisions leaning into this concept. For instance, while traditional RPG stats would exist, leveling up as a concept would be mostly absent, with the focus instead being on obtaining items such as Pieces of Heart that you would use to increase stats. Items would also be multi-purpose, having uses not only in combat but also for exploration and puzzle-solving, reflecting their uses in more traditional Zelda titles. Finally, both the past and present gameplay would be tied together, with certain information acquired, actions performed, or items obtained in one of the two eras providing benefits or unlocking progress in the other.

The project sadly never made it very far, as Nintendo rejected Retro’s pitch almost immediately. As such, no playable prototype was ever conceived, and the game remains solely tied to this 22-page design document. Still, it’s fascinating to hear about this project which would’ve constituted a brand-new venture for the franchise, and which has yet to be replicated since.

If you want to have a thorough look at the document in question and all the accompanying art and text, check out Did You Know Gaming?’s full video detailing the project below: