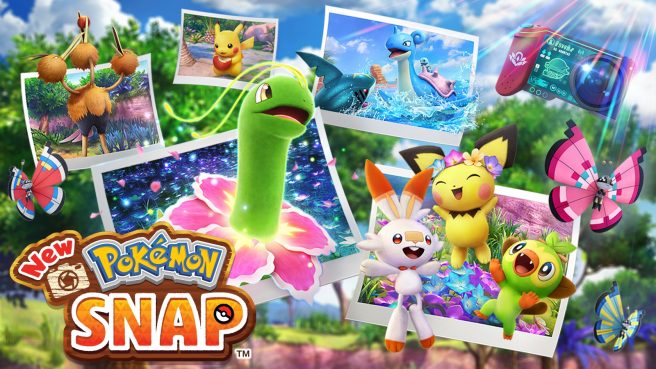 One of the early topics discussed is the game’s origins. At one point, Ishihara again explained that there were talks about bringing Pokemon Snap back for previous Nintendo consoles. However, the idea of taking photos isn’t as novel these days, “so it was a difficult concept to design an game around.”

“With the release of every new generation of consoles, be it the GameCube or Wii, we discussed making a sequel. Taking photos has become something we do every day and its novelty isn’t what it once was, so it was a difficult concept to design an game around. There was a lot of debate about how the gimmick would work, which made it difficult to start development.

This game was the fruits of many years of trial and error. We finally found a concept that made sense on Nintendo Switch and made it.

The two were also asked about development being handled by Suzaki’s team at Bandai Namco:

“We worked with Mr. Suzaki’s Pokken Tournament team and had high hopes that team could create the new Pokemon Snap. Pokken itself was a great achievement, but I was floored by the amount of detail they put in the game’s background and scenery.

I seriously wondered if the volume of Pokemon and background detail they included was even necessary, as it was completely unrelated to the core gameplay. Sometimes when I’m playing, I’ll get attacked while my eyes are on the background and I wonder if that was intentional. (laughs)”

Finally, Famitsu asked if Ishihara put in any requests while New Pokemon Snap was in development. Ishihara himself said that he “rarely gave the team any specifics.”

Suzaki also commented here, and noted the team had to consider whether or not to change the core concept of the original Pokemon Snap. Ultimately, they stuck with the tried and true gameplay introduced by the first title on the N64.

As stated by Suzaki:

“It’s been more than 20 years since the Nintendo 64 release of Pokemon Snap and the problem we faced was whether or not we should change the game’s core concept. It was a great opportunity for us; reflecting on the game proved to have a big influence on development. The more I heard about what happened during development of the last game, the more it reaffirmed our decision to stick with the original game’s concept. From there, it was finding things within the core concept we could expand on to better suit today’s market.”