New Super Lucky’s Tale dev says Microsoft has been “excited and supportive” of release on new platforms, including Switch 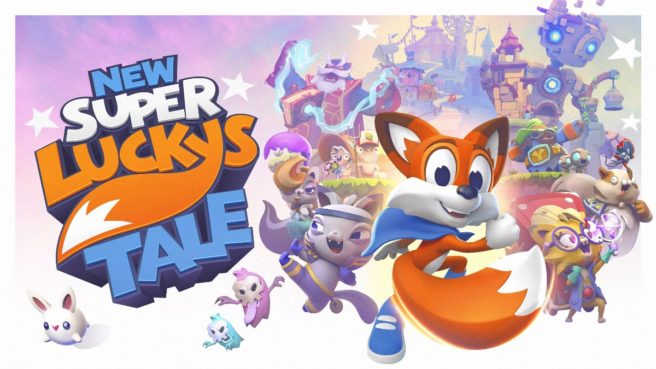 Cuphead and Ori and the Blind Forest, two games that were associated with Xbox, are now on Switch. New Super Lucky’s Tale will continue that trend next week. The former Xbox One and PC title will now be gracing Nintendo’s console with a massive amount of additions, improvements, and changes.

Although Microsoft originally published Super Lucky’s Tale, there wasn’t any issue getting approval for the release of New Super Lucky’s Tale on Switch. In an interview with Nintendo Everything, director Dan Hurd said that the company “has been super excited and supportive of our expanding the Lucky franchise across other platforms”.

“We have a great relationship with Microsoft as we do with all platform holders. Their enthusiasm and support for our mission and vision is crucial for the success of all our game franchises. The Microsoft team has been super excited and supportive of our expanding the Lucky franchise across other platforms, as they also see this as a great way to bring in a whole new generation of players into the ecosystem of fun, family-friendly interactive content. We view the Lucky franchise with a very long lens, so there will be more to share on the future of Lucky in the coming months and years!”

New Super Lucky’s Tale launches for Switch on November 8. Look forward to our full interview, which we’ll be publishing on the site soon.