Nintendo on why Link turns into a rabbit in A Link to the Past’s Dark World, non-Zelda characters in Link’s Awakening 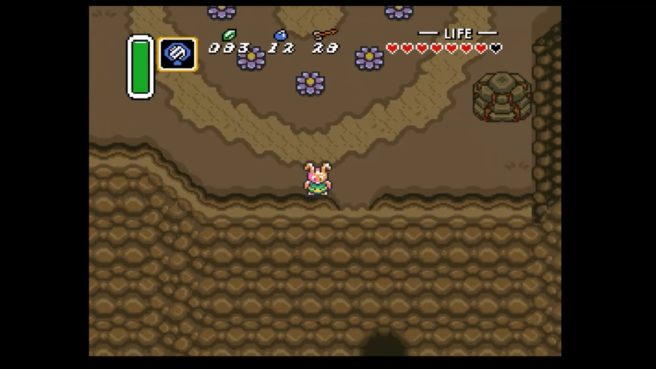 As many fans know, Link turns into a rabbit when he first enters the Dark Realm in Zelda: A Link to the Past. In an interview with Game Informer, director Takashi Tezuka explained how that came to be.

Game Informer also asked about the non-Zelda Nintendo characters that appear in Link’s Awakening. Tezuka said he didn’t have to ask permission since he “was the person who was in the position to say if that was okay”. As for the new remake, Zelda producer Eiji Aonuma “made sure to get permission” and went to Tezuka directly when turning the characters into 3D. Aonuma also teased: “All the Mario characters are in there, but all the other characters, you’ll just have to play and find out.”

Aonuma later noted how much of an impact Link’s Awakening had on him:

“When I was playing Link’s Awakening, I was very influenced by what the game offered. It definitely transferred to the other Zelda games I developed. I was recently playing through it and everything felt very nostalgic. I was like, ‘Oh right, this is something I took and maybe incorporated into Ocarina of Time!’ There were a lot of things like that where I was inspired.”

More: Eiji Aonuma, interview, Takashi Tezuka, The Legend of Zelda: A Link to the Past, top