Posted on January 5, 2019 by Brian(@NE_Brian) in General Nintendo, News, Switch 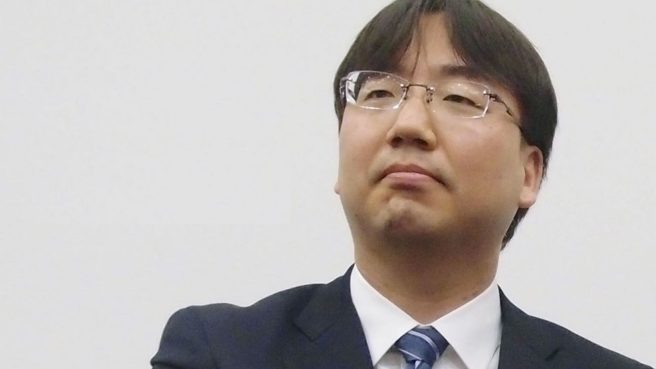 Nintendo president Shuntaro Furukawa was recently interviewed by Nikkei. Furukawa shared some interesting comments when asked about the risk of being in the entertainment industry, his approach in leading the company, the tough task of innovating, and fluctuations in business performance.

Here’s our translation of the mini discussion:

You’ve put out a lot of consoles and software, but there’s always a really big risk that comes with it.

Furukawa: We’re in the entertainment industry; there isn’t much we can do about that risk. To us, the guiding principle by which we operate is offering customers all around the world innovative and unique ways to play games.

I don’t want our developers to think too much along the lines of “what should I do if we fail?” My most important role is to facilitate an environment in which they can demonstrate their own abilities. I’m not a pro developer myself, so I leave the actual development to leaders that can tell what a good game is and what isn’t.

Furukawa: Well, leaving everything up to the others would be irresponsible. I spare a lot of time to make sure the people I leave in charge and I have a mutual understanding. With regard to decisions on how we should improve our technology and the direction in which Nintendo should proceed, I base my final decisions on the development leaders’ way of thinking.

I don’t think it’s a good idea to give complete freedom. I want there to be more of a balance between freedom and discipline.

Have you ever run into an “innovation dilemma” – where the company’s past successes were too big, making innovation impossible?

Furukawa: We aren’t really fixated on our consoles. At the moment we’re offering the uniquely developed Nintendo Switch and its software – and that’s what we’re basing how we deliver the “Nintendo experience” on. That being said, technology changes. We’ll continue to think flexibly about how to deliver that experience as time goes on.

It has been over 30 years since we started developing consoles. Nintendo’s history goes back even farther than that, and through all the struggles that they faced the only thing that they thought about was what to make next. In the long-term, perhaps our focus as a business could shift away from home consoles – flexibility is just as important as ingenuity.

Do you expect fluctuations in business performance to continue from here on?

Furukawa: I’m thinking about little ways we can reduce that kind of instability. I’d like to increase the (amount of) games on smartphones that have a continuous stream of revenue. We’re also dabbling in theme parks and movies – different ways to have our characters be a part of everyday life. I’m anticipating a strong synergy like that.

Thanks to Nico Thaxton and Oni-Dino for contributing to this post.