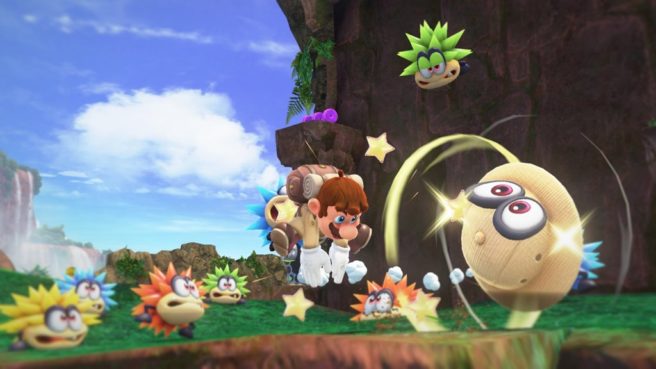 What is the key to Mario? In Nintendo’s view, empathy is at the top of the list.

“One thing that has always been constant is this idea of empathy. It’s the idea that anyone can pick up and play the game, and they have an intuitive understanding and feel for how the game works.”

Director Kenta Motokura also explained how the idea of empathy was paramount for Super Mario Odyssey:

“Instead of adding something brand new, (we thought that) if he’s going to throw something, he might as well throw something that’s familiar to users. It ties back into that idea of empathy… you have an intuitive connection even though it’s something new.”

Both Koizumi and Motokura also stressed the importance of the way in which Mario moves:

“Mario is about using different moves and mastering them, and the way users combine them to create their own kind of gameplay is something that I think is very, very interesting.” – Koizumi

“We’re all very particular about the way Mario moves. The way he feels when you play is something that we take very seriously.” – Koizumi

“For me, the basic thing for a Mario game is, at a touch, it has to be fun. You just touch the controls for a little bit and it’s fun.” – Motokura