Nintendo says Labo will continue to get support, hasn’t reached its full potential 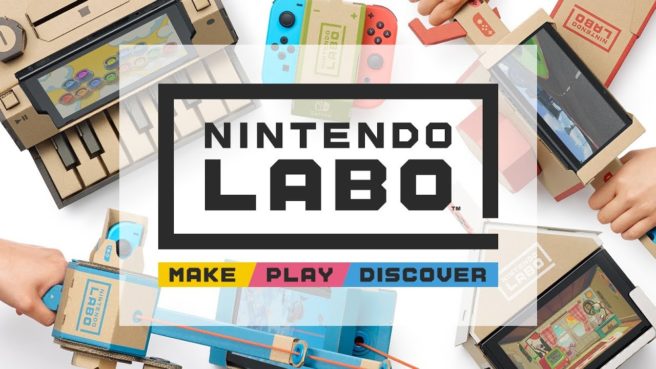 Labo hasn’t been lighting up the sales charts like some of Nintendo’s other Switch releases. Having said that, the company believes it still has potential.

Speaking with The Verge, Nintendo of America president Reggie Fils-Aime said that Labo is the type of game “that’s going to sell for a very long time at a very steady pace.” It will also continue to receive support going forward.

“Labo is the type of game, much like Brain Age for the Nintendo DS, much like Wii Fit, it’s a game that’s going to sell for a very long time at a very steady pace. Which is a different curve than a traditional video game. And so from that standpoint, our focus is on how we can continue to support it, how we continue to help consumers understand the proposition. There’s a lot of activity happening with Labo around the summer, especially as kids are out of school, we think it’s a prime opportunity. Labo is off to a strong start and in our view is going to continue to get a lot of support.”

Nintendo’s Shinya Takahashi also weighed in Labo, stating that it “represents something else entirely”. Takahashi added that the company wants to reach out to those who may not even be familiar with games.

“We want to get to a demographic that’s not traditionally reached by games at all. I think the case with Nintendo Labo right now is that there are some people who know about it, and quite a lot of potential still for us to explore. The people who are aware of Nintendo Labo right now I think are still in the circle of Nintendo fans and game fans in general. We’re really interested in how we can go beyond that, to people who aren’t really in the loop of game news.”

“We have to find ways to create those opportunities [for people to see and touch Labo]. That’s something that happens in a very close, one-by-one process.”