Octopath Traveler II devs on having the protagonists interact 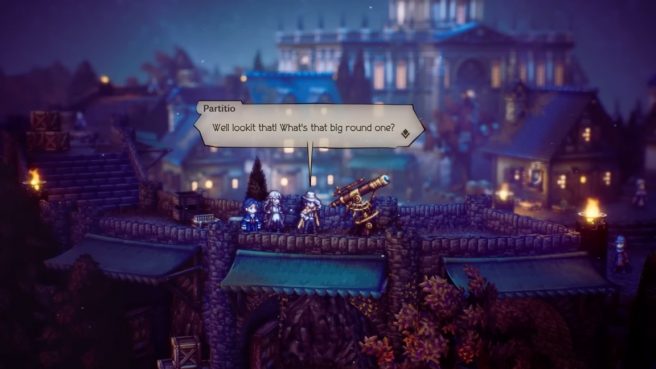 Octopath Traveler II is making some notable improvements over the first game, including how the protagonists have more interactions with each other. In the series’ first entry, the characters never really acknowledged each other.

Octopath Traveler II producer Masashi Takahashi and director Keisuke Miyauchi have now spoken about the approach to the main cast for the new title as part of an interview with Famitsu. Here’s what the two shared, as translated by Nintendo Everything:

It’s been revealed that a new feature of this game is cross stories between protagonists. What led to this addition?

Miyauchi: We received a lot of feedback from players of the first game saying “We want to see dialogue between protagonists beyond travel banter.” We thought the same while playing the first game, and adding dialogue would make people fall in love with the characters more, so we put that into this game.

Takahashi: There are eight characters with strong personalities, so it’s natural that people would want to see some dialogue between them. They say each other’s names and their stories cross paths, so it actually feels like these characters are traveling together. Of course, the eight individual stories of each character are still the main focus, but we’d like it if people could enjoy the cross stories as supplemental tales.

Is the main story going to advance in chapters like the last game?

Takahashi: Yes. But it’s not like the last game, which had four chapters made up of every character’s story. Sorry! You’ll have to wait for later reports for more details, but we’ve worked hard to make it so that you experience a completely different story for each character.

So that’s a way of representing the journey.

Miyauchi: Yes. When every character’s progress follows the same flow, you can start guessing how the plot unfolds halfway through, you know. To say it in a pretty way, we wanted each character to make the player feel like they’re playing a completely different RPG. Since we have eight characters after all.

That being said, having eight different sets of game mechanics would be very confusing for players, so this time we changed the chapter structure, so that the story can be enjoyed in more ways.

Translation provided by SatsumaFS and Kim Louise Davis on behalf of Nintendo Everything.