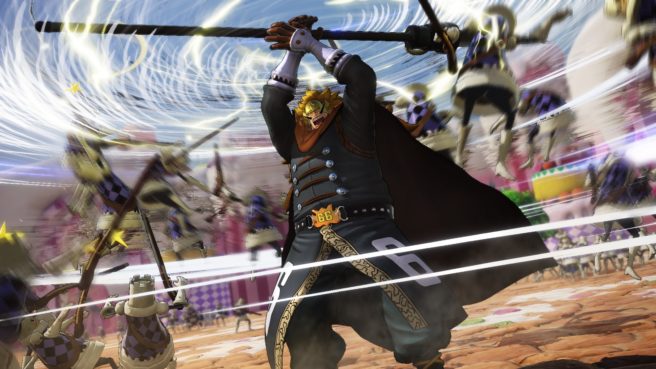 Here’s an overview of Vinsmoke Judge:

One of the major antagonists in the Whole Cake Island arc, Vinsmoke Judge is the King of the Germa Kingdom and the head of its military branch, the Germa 66. Father of Ichiji, Niji, Sanji, Yonji and Reiju, his large body does not prevent him from being a skillful fighter with colossal strength. Vinsmoke Judge uses his equipment and weapons to deal electricity-enhanced blows.

Vinsmoke Judge is the last character of the first Character Pack, to be released in Summer 2020. Each Character Pack will be purchasable individually or through the Character Pass.

Other DLC characters for One Piece: Pirate Warriors 4 include Charlotte Smoothie and Charlotte Cracker.