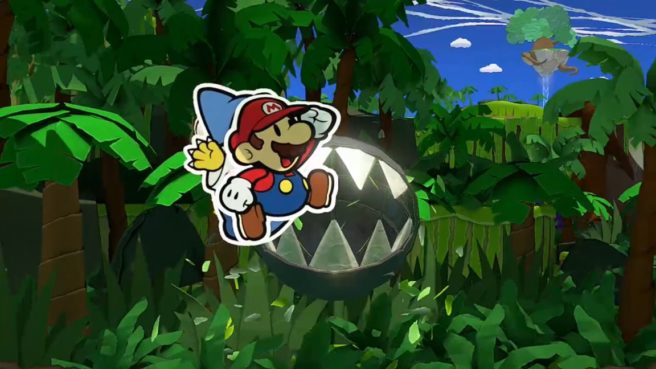 As part of a new interview with VGC, Paper Mario: The Origami King producer Kensuke Tanabe and assistant producer Risa Tabata have weighed in on fans’ reception to the series starting with Sticker Star.

Tabata said that the team avoids using the same idea twice since they want to “create new gameplay” and offer players “positive surprises”. Tanabe noted that he does check out some fan opinions after a game launches, but with cases in which he “can’t address those opinions exactly as fans want”, he tries to pursue “new, fun ideas.” Tanabe ultimately said “it’s difficult to satisfy certain fans with the adventure game direction if they think of Paper Mario games as simply being RPGs.”

Risa Tabata: The philosophy of game creation that Mr Tanabe learned from Mr Miyamoto, and that in turn he’s imparted to me, is to challenge yourself to create new gameplay. Games are entertainment, so I want the people who play our games to say “Wow!” My understanding is that if we want to give players these positive surprises, we can’t do exactly the same thing that’s been done before.

Tanabe: I do look through the opinions of fans once a game is released. As there are cases where I can’t address those opinions exactly as fans want, I try to challenge myself to other new, fun ideas. What I always keep in mind though is to do as much as I can so that players can enjoy new and unique game experiences. I’m confident that if you play Paper Mario: The Origami King, you’ll understand just how many ideas we’ve managed to pack into one game.

Tanabe: First, Nintendo’s philosophy on game creation is that we don’t ignore casual players in creating our games. This is also true for games such as those in the Metroid Prime series; games that at first glance look like they are only aimed at core gamers. With that in mind, what we’ve done in the Paper Mario series is to put a lot of work particularly into the puzzle solving elements of the games, so that they can also be enjoyed by core users.

… However, I do think it’s difficult to satisfy certain fans with the adventure game direction if they think of Paper Mario games as simply being RPGs. I hope that everyone will play this game with an open mind.

You can read the full interview on VGC here.