Persona 5 Scramble producer and composer on the music, approach to new characters and world, more 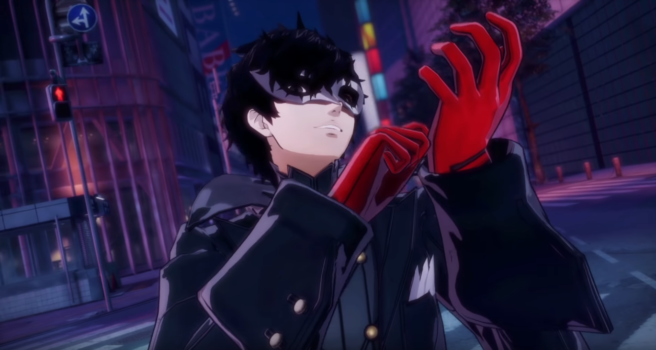 A recent issue of Nintendo Dream features an interview with the producer (Daisuke Kaneda) and composer (Atsushi Kitajoh) of Persona 5 Scramble: The Phantom Strikers.

The two were asked if gamers who haven’t played Persona 5 could enjoy the story of Persona 5 Scramble, considering the game is being promoted as a sequel. They also explained their approach to designing the new characters, the world, and writing the new music for the game as well.

We’ve prepared a full translation below:

What are some highlights of the game, considering it’s the first action-RPG in the series?

Kaneda: First and foremost, the spectacular actions that each of the Phantom Thieves can perform. The exhilarating feeling of dashing around the battlefield as your character of choice with all kinds of weapons and Personas at your disposal is something you won’t find anywhere else. Then, I’d also say the story. The Phantom Thieves have really matured a lot since overcoming past events; it’s been about six months since then, and now there’s a new opportunity for them to grow. I really want players to see for themselves this journey of saving people all over Japan, because it’s quite different from “P5”.

Could you share some of what you focused on with the music?

Kitajoh: Both Koei Tecmo’s sound team and I collaborated on the new songs for this release. We knew this would be a collaborative effort when putting the plans together, so we all brought our strengths to the table and tackled the production equally. Koei Tecmo rearranged songs from “P5”, MASA recorded guitar for the opening song that I wrote, and more. We created music with a full-on Persona feel that fit the game perfectly, all while bringing our own unique flair to it. And Lyn, who also worked on “P5”, brought her passion to the vocal tracks, as well. We created a really hype sound that pairs fantastically with the action-RPG, so I hope everyone looks forward to it.

Could you tell us how you approached designing the new characters and the world?

Kaneda: We started from a place that meshed well with the story and setting for the two new characters, Sophia and Zenkichi. We then discussed those ideas with Shigenori Soejima (character designer for the Persona series), compared and contrasted various elements, and there you have it. For the world and the visuals, we wanted to preserve the feeling of “P5”. So the real world has a vividness and reality to it that’s familiar even though it’s fiction. Then, the Metaverse is said to be a place in which one’s distorted desires have materialized, so we aimed to create a world and visuals that paired with that theme.

Lastly, could you speak directly to our readers who know Joker from “Super Smash Bros. Ultimate”?

Kaneda: “Smash Ultimate” and “P5S” are two very different games, so I think those who know Joker from “Smash” can look forward to seeing this character in a different light. However, the core of Joker is still the same: he’s a dazzling Phantom Thief. And, of course, he’s voiced by the same actor, Jun Fukuyama. I hope everyone has fun pulling off extravagant attacks across the battlefield in this action-RPG.