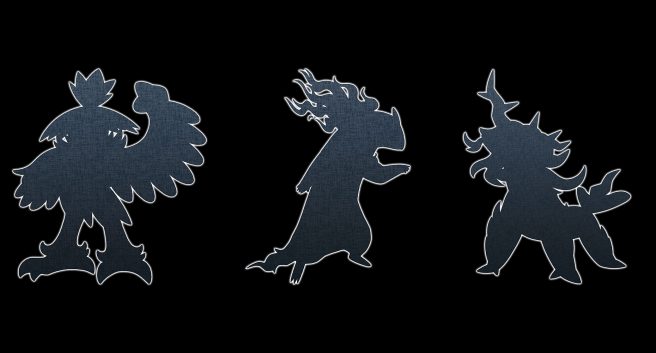 The Pokemon Company debuted new trailers for Pokemon Legends: Arceus today that teases the final starter evolutions in the game for Rowlet, Cyndaquil, and Oshawott.

Unfortunately, the videos don’t actually provide a good look at these new creatures. We do have the silhouettes above as well, but that’s pretty much it though. Of course, there have been leaks over the past few days that provide much clearer images.

We have today’s Pokemon Legends: Arceus trailers below teasing the starter evolutions for Rowlet, Cyndaquil, and Oshawott.

Pokemon Legends: Arceus is due out for Switch on January 28, 2022. Find the official site here.