Pokémon the Movie: Hoopa and the Clash of Ages trailer

Posted on April 13, 2015 by Dennis Gagliardotto(@LyonHart_) in General Nintendo, Videos 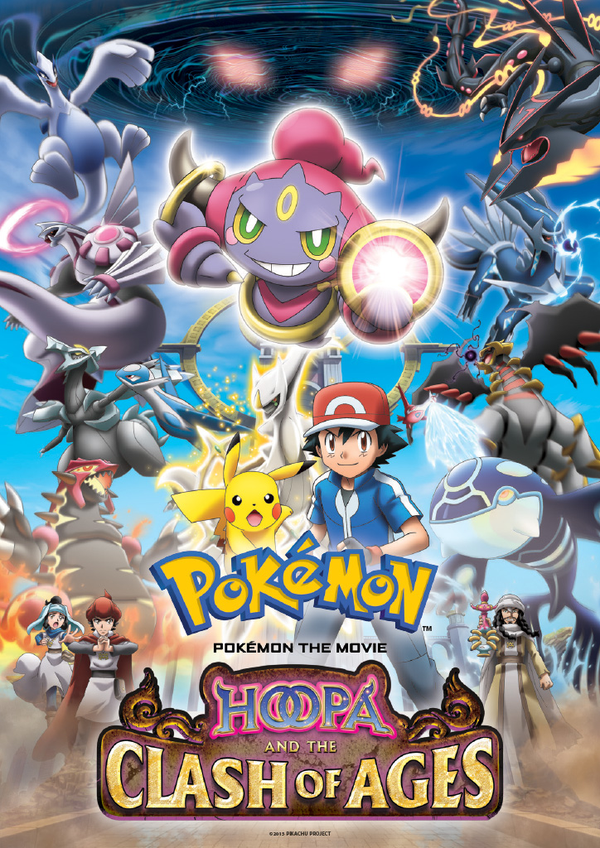 The Pokemon Company has confirmed that Pokémon the Movie: Hoopa and the Clash of Ages is coming to western shores. Check out the debut English video below, along with the official announcement.

CANNES, France – April 13, 2015 – Pikachu, Ash, and friends are having red-carpet adventures in Cannes this week, where a brand-new teaser trailer for the latest Pokémon feature film has been revealed.

The 70-minute animated movie takes Ash, Pikachu, and their friends to a desert city by the sea. Here they meet the Mythical Pokémon Hoopa, which has the ability to summon things—including people and Pokémon—through its magic rings.

After a scary incident, they learn of a story about a brave hero who stopped the rampage of a terrifying Pokémon long ago. Now, the threat that has been bottled up for years is in danger of breaking loose again! Can Ash help his new friend overcome the darkness within…or will a dangerous secret erupt into a clash of legends?