Radirgy Swag gets surprise release in the west 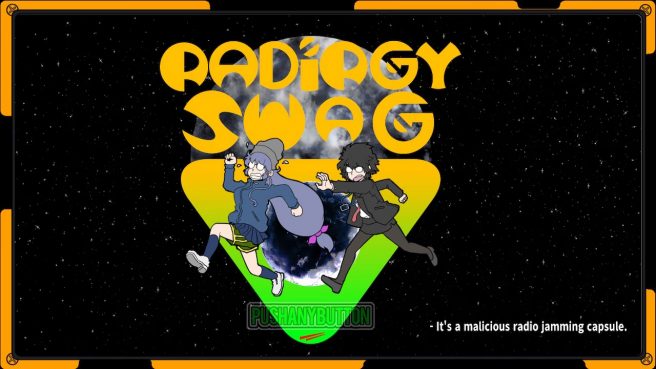 More than two years after it was initially announced for the west, Radirgy Swag has finally dropped on the North American Switch eShop.

RS34 originally brought Radirgy Swag to the system in June 2019. Dispatch Games then confirmed during the same month that it would handle the overseas launch during the fall. Unfortunately, there was absolutely no news about the release – until today. Without any advance notice, it was just made available on the eShop.

Take a quick trip to the moon! Enjoy the radio wave shooter with a Japanese pop culture twist.

Radirgy Swag is a unique shooter with game mechanics that can be enjoyed by players of all different levels. The planes in Radirgy Swag are not only equipped with guns, but you can also destroy enemies with your sword. This feature allows you to attack your enemies from different angles. Use your shield or fill up your Absonet gauge to give you temporary invincibility against your foes. Master both offensive and defensive techniques to conquer your mission.

Dispatch Games previously said that it was preparing a physical version for Radirgy Swag, though it’s unclear what the current status is. In any case, you can pick up the title digitally right now for $19.99