Posted on December 10, 2017 by Brian(@NE_Brian) in General Nintendo, News, Switch 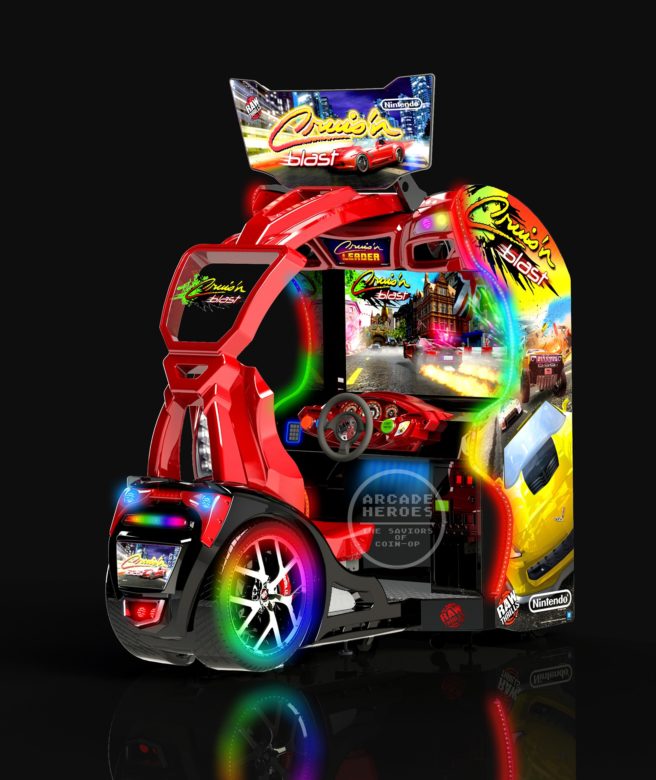 Earlier in the year, Raw Thrills brought Cruis’n Blast. Nintendo’s logo is featured on the arcade machine in part because the Cruis’n name was licensed from the Big N.

In a recent interview with Arcade Heroes, Raw Thrills CEO Eugene Jarvis spoke about the Nintendo side of things for Cruis’n Blast. On the topic of how involved Nintendo was in the process, Jarvis stated:

“Nintendo loved the original Cruis’n USA so much that they commissioned it to be a launch title for N64. Cruis’n World and Exotica were also prominent titles for them, so they’ve been involved with the series IP forever. They were super excited that we wanted to do Cruis’n Blast, and helped us capture the true Cruis’n spirit of a fun adventure racer.”

Arcade Heroes also asked about the possibility of a Switch port for Cruis’n Blast. Unfortunately, that appears to be off the table at the moment. However, Jarvis did seem open to having Switch connectivity. Raw Thrills has considering “using a Switch controller to activate hidden features”.

“Being arcade guys, we really weren’t thinking about creating a home game. We wanted to make it the ultimate arcade driver – so its going to be an arcade exclusive – a special treat for arcade players only! We were thinking about using a Switch controller to activate hidden features in the arcade game. We’ll see what happens!”